We have lots of plans when we leave Germany and they all change when we get out the map. We’re close to the Netherlands so Brian suggests we go there in search of tulips. When Dave sees how close Amsterdam is, the decision is made – we’ll head there. 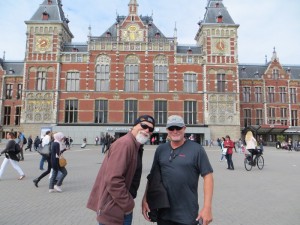 Brian and Dave at the Central Station

And it’s a great decision. Amsterdam is the most amazing, vibrant city. 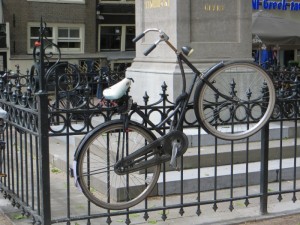 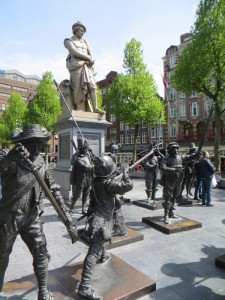 Seeing the city from the canals is a great start to our visit.  The houses, the bridges, the canal boats – utterly charming. 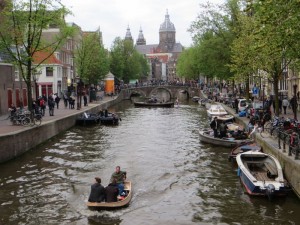 Amsterdam from the canals 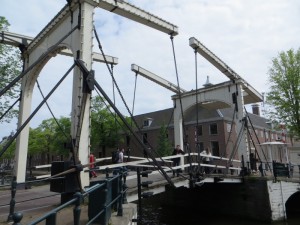 One of the historic skinny bridges 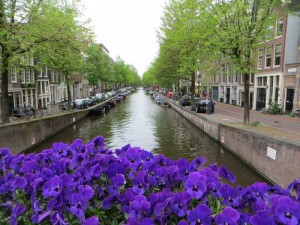 Wandering the streets of the red light area we see the girls plying their trade with many of them appearing so bored – filing their nails or sending messages on their phones. It’s a no photo area so you’ll just have to use your imagination. 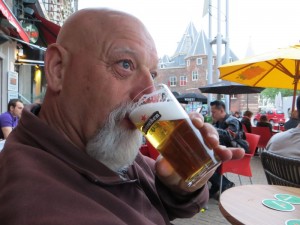 Amsterdam is a great place to sit and watch the world go by and we do just that. 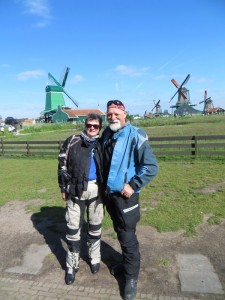 We’ve missed the tulip season by about three weeks but we don’t miss the windmills. The town of Zaanse Schans is a mix between tourist attraction and working mill town – windmill town. It is a beautiful day – the sun is glistening on the water and the breeze is turning the windmills. 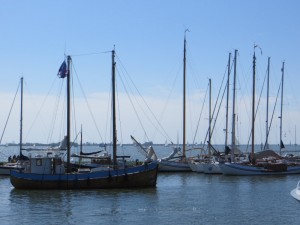 We’ve been told the seaside town of Volendam is a traditional fishing village. It’s also packed with tourists but when the sun is shining and you’re by the water it’s hard to complain.

We turn our backs on the Netherlands and head to Denmark where it’s the bike’s turn for some TLC.