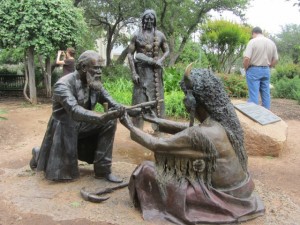 On our own again we headed west – first stop Big Bend National Park via the German town of Fredericksburg that’s claim to fame is that the town’s founders signed a treaty with the local Indians and it was never broken – a rarity in the US. 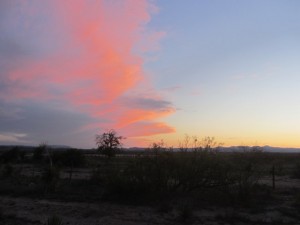 We kept on the highway to get to the tiny town of Marathon that boasts some of the most amazing sunsets in Texas. Marathon can also lay claim to some of the best wind storms and the loudest trains. The engineers blow the whistle several times as they pass through the town and the wind blew the cover off the bike during the night. 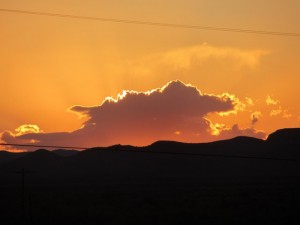 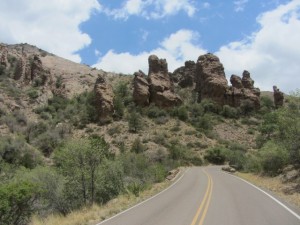 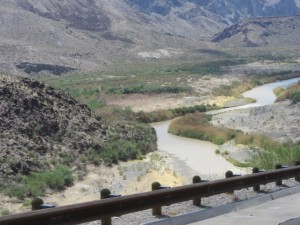 And right alongside the Rio Grande. Mexico is right across the river – a river that is so dry in some places you could walk across it. 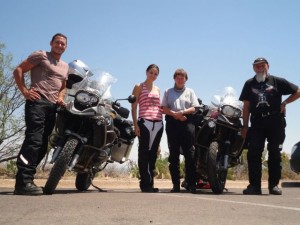 And it is here we meet Lieschen and Brook – a delightful young couple riding around the US on their GS. 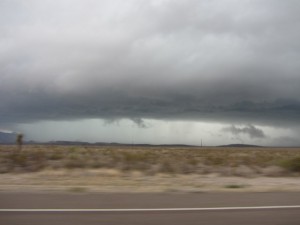 Heading north we ride in to the most amazing storm – lightening, thunder, and hailstones the size of very large golf balls and rain, rain and more rain. We are too far from anywhere to do anything but ride. 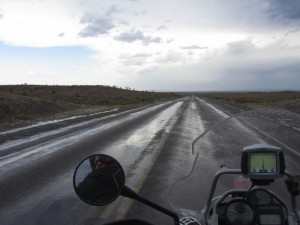 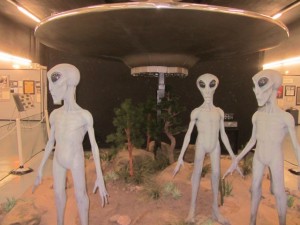 The next day we ride from Fort Davis to New Mexico – first stop Roswell. It was here in the 1946 that a UFO ‘landed’ and the ‘aliens’ were whisked away by the authorities and a great cover-up occurred. Well, that’s how the story goes and the local population cash in on the story with a museum and research centre and ‘aliens’ are on sale everywhere. 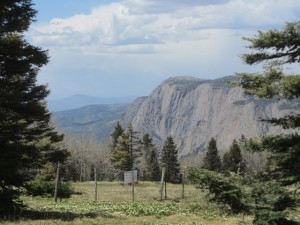 bump in to Brook & Lieschen again and travel with them through some of the most beautiful forests in New Mexico on our way to Taos. 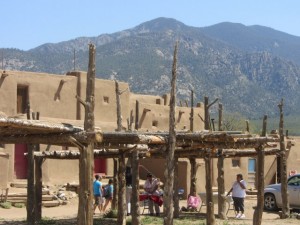 This adobe town is home to artists and actors and an ancient Pueblo where the Indians still live as they have done for centuries and host scores of tourists. 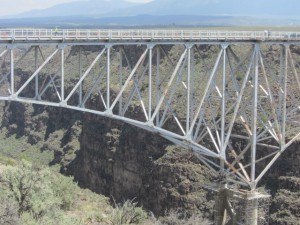 On the way out of town we stopped at the bridge that crosses 600 plus feet over the Rio Grande.

The roads don’t disappoint as we head to Durango in Colorado. 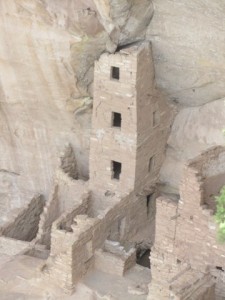 From here we visit Mesa Verde National Park where the Indians once lived in homes carved out of the rocks on the sides of massive canyons – awe inspiring! 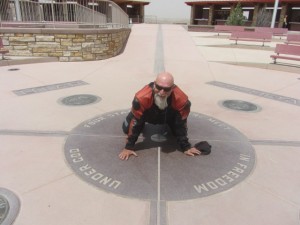 The wind picks up and up and is blowing a gale by the time we get to Four Corners where you can put a piece of you in New Mexico, Colorado, Utah and Arizona.

Now it’s time to catch up with other travellers at the Overland Expo on the outskirts of Flagstaff, Arizona.