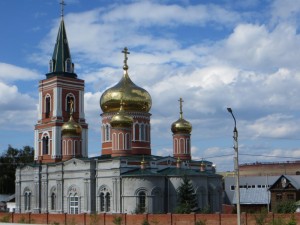 We head north to Barnaul to meet up with our good friends Ken and Carol. We haven’t seen them since Alaska back in 2012.  We while away the hours catching up on news and sharing tales of life on the road. They’ve just ridden through western Mongolia – a massive achievement two-up. 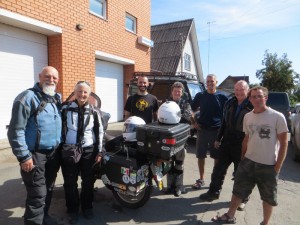 With Ken and Carol, Elad, Ricardo and Bryn outisde our hotel

Walking through the hotel we bump into New Zealander, Bryn who we met in Tajikistan. He’s with Ricardo, a Spaniard we met in Kazakhstan and Elad from Israel. It’s a small world. 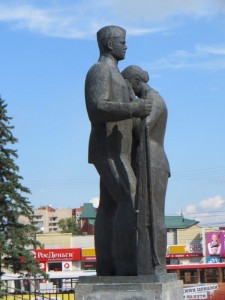 Together we explore the sights of Barnaul including its memorial to those who died in the Great Patriotic War. 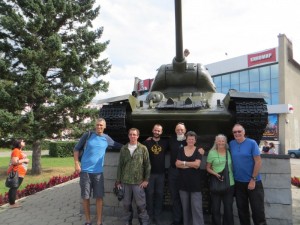 A tank would be handy dealing with some of the drivers here!

And the workers who built tanks for the war effort. 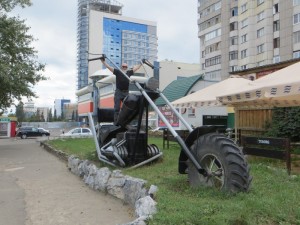 Our interpreter joins us for lunch at the biker bar. The local bikers make us most welcome, nearly killing us with kindness, beer and barbecued meat. 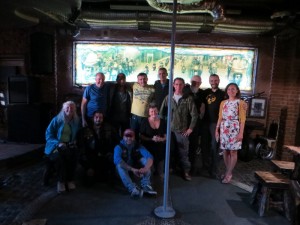 It's hard to get the pole out of the photo! 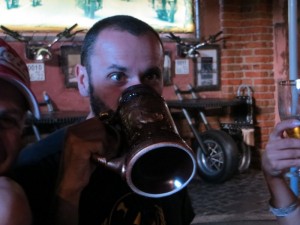 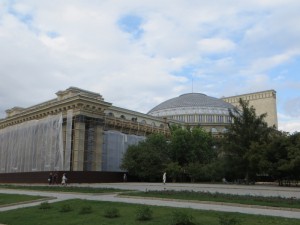 We farewell this mob and head to Novosibirsk with Ken and Carol. Its Opera House is amazing, the biggest in Russia, but was shrouded in scaffold so we couldn’t see is beauty. 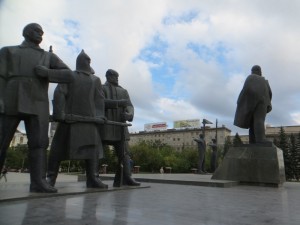 Lenin and the Novosibirsk War Memorial 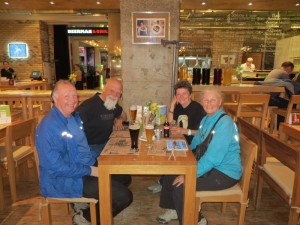 We enjoyed a final dinner and then it was ‘goodbye’ Ken and Carol, until we meet again on the road somewhere. 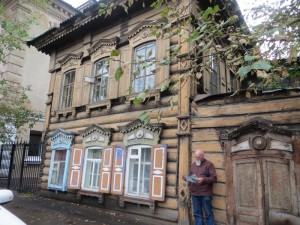 We make the dash to Irkutsk over three long days. Now we are in Siberia the distances are vast. Irkutsk is a terrific city quite close to the massive Lake Baikal. It’s filled with old wooden buildings. 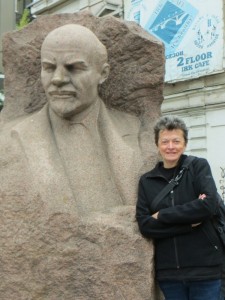 Shirl has a soft spot for Lenin

And, of course, the mandatory statue of Lenin – a couple actually. Odd, considering the Communism fell so many years ago. 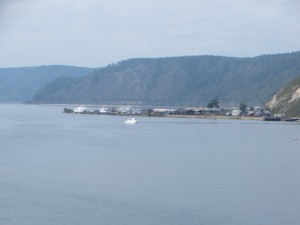 Lake Baikal was hidden by the smoke from massive wildfires on the eastern side so we didn’t see it at its best. 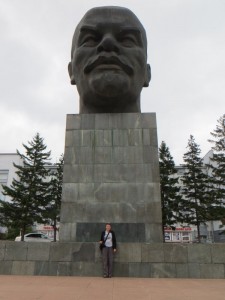 Shirl is dwarfed by Lenin in Ulan Ude

Next stop was Ulan Ude, the home of the Lenin head statue, the largest in the world. It stares down on the main square of this vibrant city. 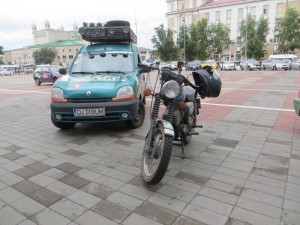 These vehicles made it all the way from England to Mongolia

The Mongul Rally finishes here so there is an odd assortment of cars and bikes in town. 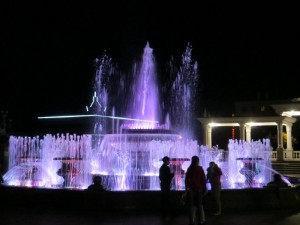 A warm night and a dancing fountain - perfect

At night the fountain outside the Ballet and Opera Theatre is brought to life with coloured lights and water dances to classical music. 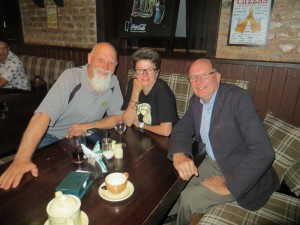 Bangers and mash in Churchill's Bar with Graham Hart

We meet up with Graham Hart, an Englishman travelling on the Trans-Siberian Railway. We share a meal at Churchill’s Bar – a little bit of England in Russia. 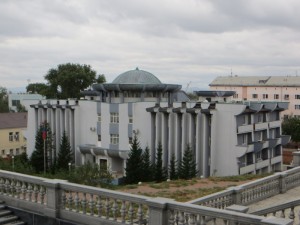 It only takes us half an hour to get our Mongolian visas. Tomorrow we’ll make a dash south to visit its capital, Ulaanbaatar.