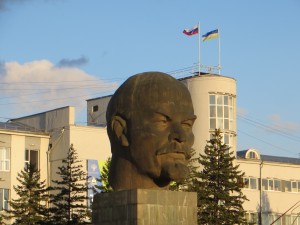 Lenin in the autumn sunlight

Crossing back into Siberia it’s clear winter is coming.  There’s no coloured lights on Ulan Ude’s fountain. Lenin still looks down on the square but there’s a chill in the air. It’s time to get moving.

From Ulan Ude there are going to be some long rides to get to Vladivostok before the winter sets in. We’ve been told the weather can turn from mild to winter in a matter of days out here. 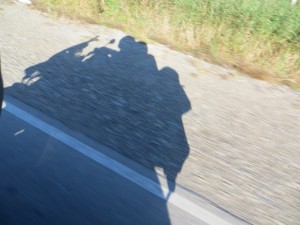 The ride takes us through forests of birch trees that are starting to turn into fabulous shades of yellow and ochre.  There’s not a lot of hotels out here so our first day on the road was 600 ks and the subsequent days didn’t get any shorter. 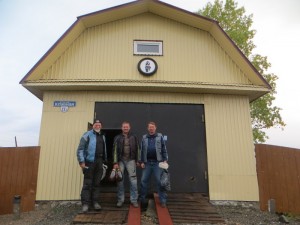 Brian, Alex and Sasha outside the Iron Angels club house

Next day we had planned to stay in a small town but decided to press on to the next major centre, Mogocha. When we arrived in town it was cold and wet. We needed fuel and a bed when we were rescued by angels – the Iron Angels. 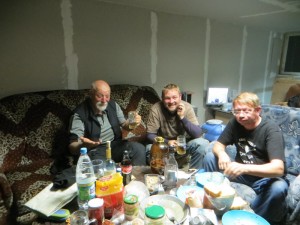 Drinks in the club house

Their vice president, Alex, drove alongside of us in his little car and told us to follow him – we ended up at the Mogocha Iron Angels club house. It’s rustic in the extreme with no running water and no toilet but it was warm and dry. 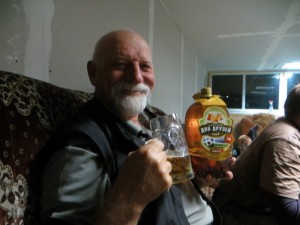 They offered us dinner and a bed and some good conversation with Sasha from Vladivostok and Francisco from Chile. 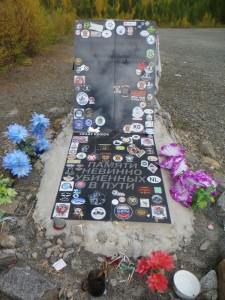 A memorial to a murdered mate

On the way out of town we stopped at a memorial to a biker who was murdered. The memorial was built by the Iron Angels, who found their friend’s body and helped the police track down his killer. 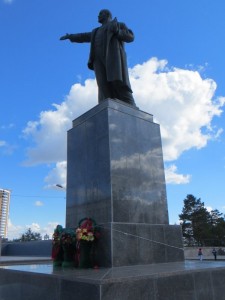 Another Lenin for Shirl's collection

Two more long days on the road and we were at Blagoveshchensk, on the border with China. At night China puts on an amazing display for their Russian neighbours. 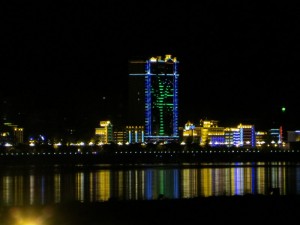 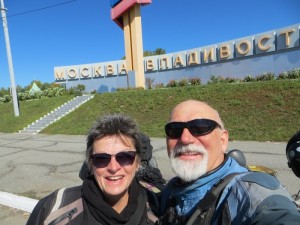 We’re in striking distance of Vladivostok now and a ferry to South Korea so another two long days and we’re there. But there’s time for a photo op at the iconic Moscow / Vladivostok sign on the highway. 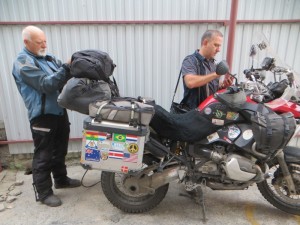 Yuri checks out all is in order

Yuri Melnik, the freight agent helps us lodge the bike at the dock, clear customs and organise our berth on the ferry. 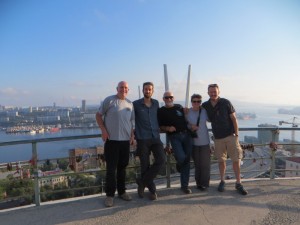 With Ian, Michael and Christian

With Big Red lodged safely on the dock we can explore this port city with some riders who have just finished their ride in Magadan at the end of Stalin’s ‘Road of Bones’, Michael from Switzerland, Christian from Spain and Ian from England. 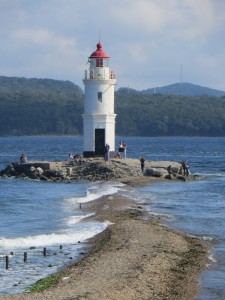 There’s some great views to be had around the town. 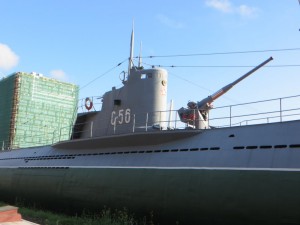 And a memorial to the brave sailors of the town’s submarine fleet, 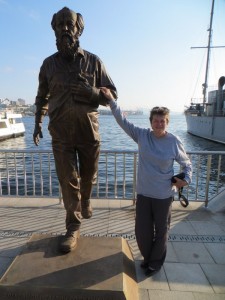 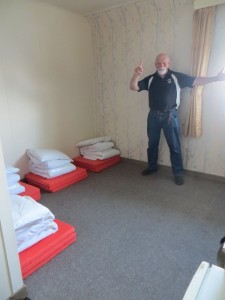 Our cabin - at least we didn't have to share

On board the ferry we are in a first class cabin which is minimalist in the extreme. 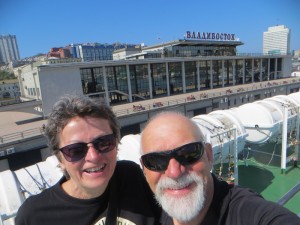 We take one last photo in Russia 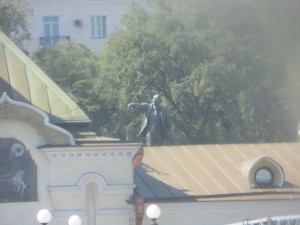 And get one last look at Lenin through the dirty windows of the ship’s café.

Next stop South Korea and home…