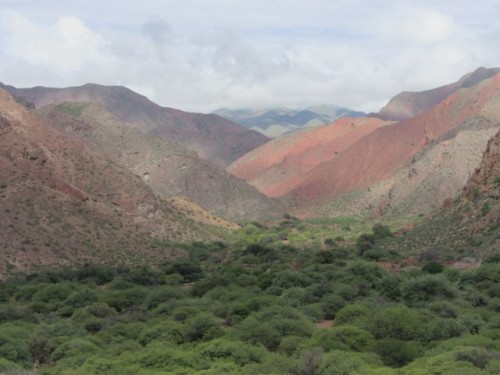 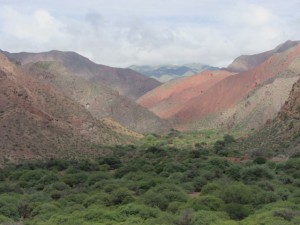 Our final day in Argentina is spent exploring the Quebrada de Cafayate, the basin between two sections of the Andes. Erosion over the centuries has created some of the most amazing landscapes. The minerals in the soil, the movement under the earth, the water and the wind have littered this area with landforms that people come from miles to see. Parts of it are like Australia’s Painted Desert but on a much larger scale. 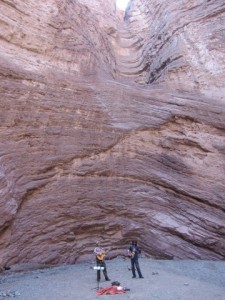 There is the amphitheatre – they claim its acoustics are 80 % of those of a city theatre. Musos come and play here and try to sell their CDs to the tourists. 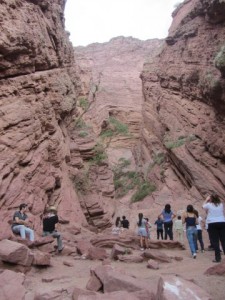 There’s the devil’s throat where an ancient waterfall cascaded down, wearing a distinctive mark in the rocks. Condors fly overhead – we really are blessed. 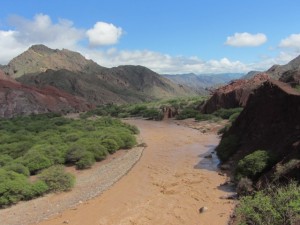 The river rushes through the gorge

The river rushes through the gorge and the erosion continues. A major part of the road was washed away earlier in the year and it won’t be long before some of the landscapes will change and won’t bear any resemblance to the things they do today. 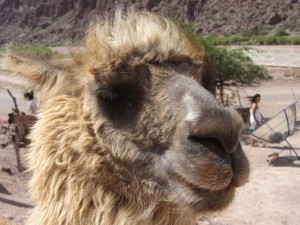 On the way home we stop and hand feed some llamas. They are delightful animals when they are happy but can spit like their distant cousin, the camel, when riled. 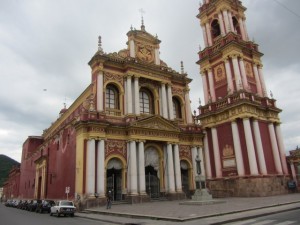 The town of Salta itself is littered with churches.  The ‘most gaudy’ award goes to Iglesia  San Francisco. The most secretive is won hands down by Convento de San Bernardo where only Carmelites nuns can enter.

And there is the plainer Iglesia Catedral. When the bells ring they sound joyous and the bellringer waves to the punters below.

The local archaeology museum has an incredible display of three mummies found at 6,700 metres on a volcano. The mummies, of a little girl, a young boy and a slightly older girl and their belongings were preserved because of the atmospheric conditions at that altitude.

There are chilling stories of children like these being drugged and buried alive as a sacrifice to the Gods. It was an honour for the families to be chosen. It’s fairly terrifying stuff.

The real highlight of Salta is the Train to the Clouds – it wasn’t running when we were there!

We leave Argentina for the last time and head back in to Chile and San Pedro de Atacama. 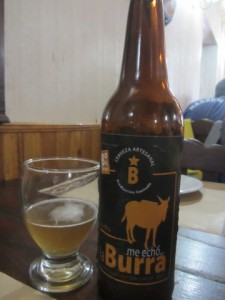 The local brew has a kick like a mule!