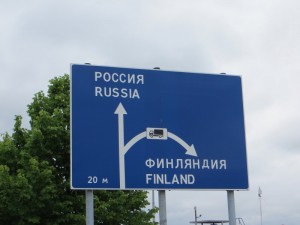 There was a little trepidation when we rode from Helsinki to the Russian border. We needn’t have worried. The border guards were helpful and friendly. It didn’t take too long and we were on our way. The roads and drivers, however, were a different story. The roads varied from OK to dreadful and the drivers were crazy. 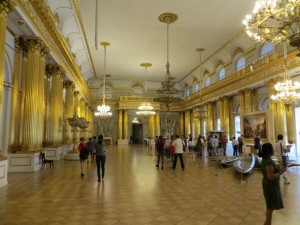 The Hermitage - home of Tsarist opulence

Our first stop was St Petersburg, home of the Hermitage and Faberge.  The Hermitage is home to some of the treasures from the Tsarist era and art works from across the world. It was worth the lengthy queue to buy a ticket. 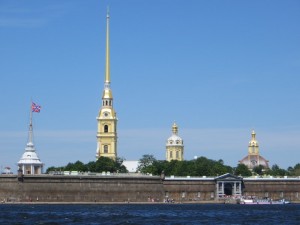 St Petersburg from the water - a beautiful city

We spent four days exploring the city from the hectic roads to the peaceful waterways. 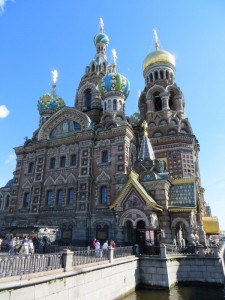 Church of Our Saviour on Spilled Blood

The Church of Our Savior on Spilled Blood is breathtaking. In the early days after the 1917 revolution it was used to store produce and became known as the Church of the Potato. 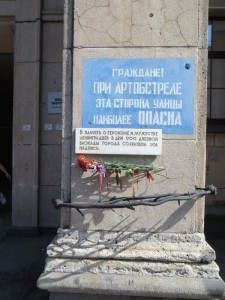 One of the most poignant places for us was the museum of the siege of Stalingrad. For 900 days the people of this city held off the fascists and their story is told in words and images. It is a harrowing tale.

This sign warns residents of the dangers of walking on this side of the street when the city is being shelled. 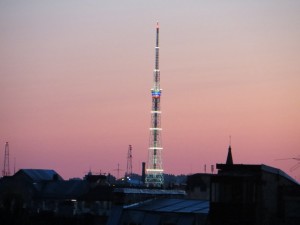 The view from our room at 2.30 am - it was the white night season when the sun never sets 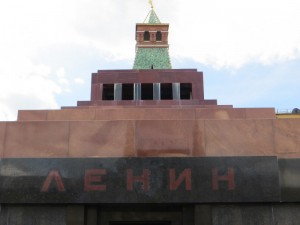 In Moscow we visited Red Square and Lenin. There was still a queue to see the father of the revolution but nothing like the queues in the days of communism.

We wanted to take the bike for a photo on our way out of town but international dignitaries were in town and the entire area was ringed with police. 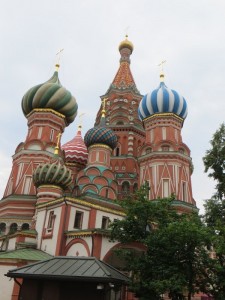 St Basil’s Cathedral, on the edge of the square, was breathtaking. 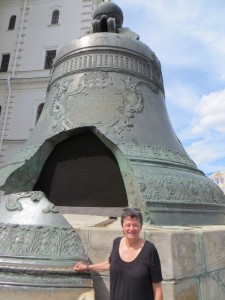 Memories of a visit with her family for Shirley

And inside the Kremlin there were plenty of memories for Shirley who came here as a child. The Tsar’s Bell was a ‘must see’ for her. 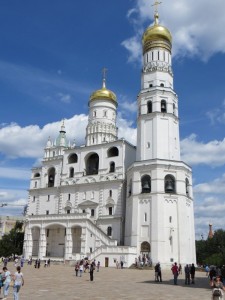 The churches, presidential palace – all wonderful. 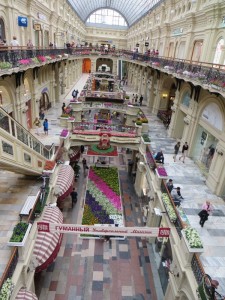 Inside Gum the only shoppers were tourists

Gum, once a department store with virtually nothing for sale is now home to designer labels and upmarket shops stocking goods that no one can afford to buy. 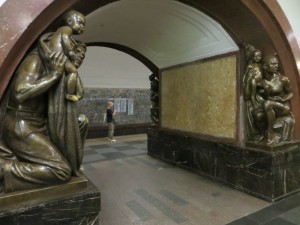 Rode the underground checking out the stations made glorious in the Stalin era. Some are pure works of art. Others full of propaganda. 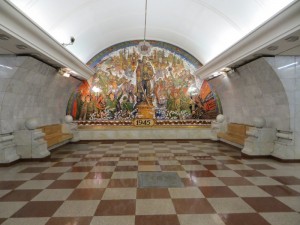 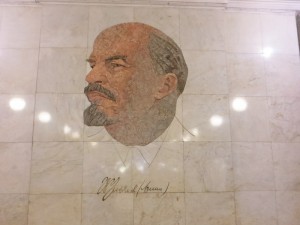 Faces from the past on the platforms 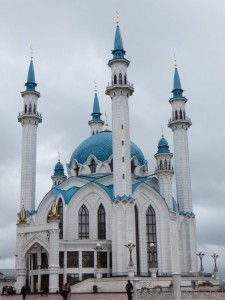 Heading south we visited Kazan, a wonderful city with a Kremlin of its own. Inside is a magnificent mosque. 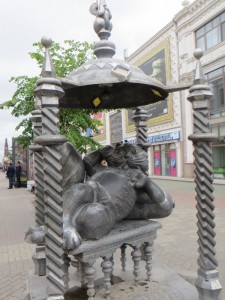 The Kazan Cat - favoured by royalty

The old city had some interesting architecture and statues, like the ones commemorating a royal visit and the Kazan cat. The cats in this area were renowned mousers and the Tsarina had them brought to the Hermitage to keep the rodents under control. Alas the cats at the Hermitage today are not direct descendants. They didn’t survive the 900 day siege. 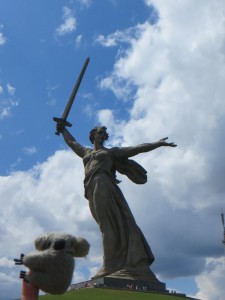 Mother Russia and a photo bomber

Travelling down the Volga the highlight was Volgograd, formerly Stalingrad. This is home to Mother Russia, a massive statue that towers above the city. 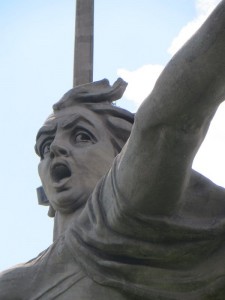 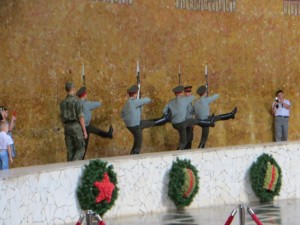 Changing of the guard at the Hall of Military Glory

Stalingrad was the scene of a fierce battle during the ‘great patriotic war’, as the Russians call WWII. The memorial to the soldiers and the people stands with Mother Russia as its centre piece. 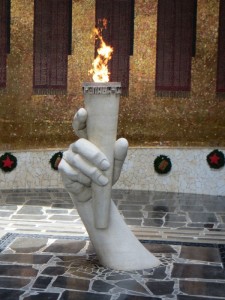 The Hall of Military Glory has the names of the dead immortalised in mosaic along the walls. The changing of the guard is an impressive ceremony.

Dinner with the Bondi to Baltic mob

Back at our hotel some Aussie adventurers had arrived. The Bondi to Baltic team are driving two historic cars across Central Asia. It was terrific to catch up, share adventures and spend time with some fellow Aussies. Check out their blog – it’s a great tale. 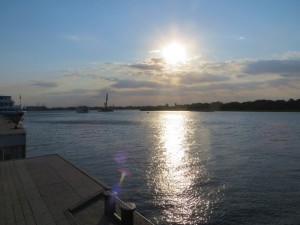 Sunset on the Volga

Our last night in Russia, for now, was spent in Astrakhan with Canadian biker Damien Fauchot. We met Damien on line and we’ll travel together for a while. Now we head into Kazakhstan.