Crossing into Austria from Hungary was a breeze. No border just a sign directing us to a change bureau where we could by the compulsory road tax.  It was a straight run from Budapest to Vienna, another city on the banks of the Danube. 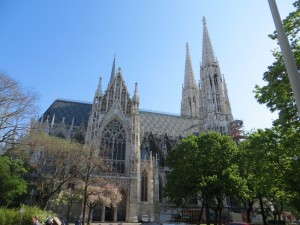 We stayed a little way out of town and took the local train into the centre of Vienna every day. 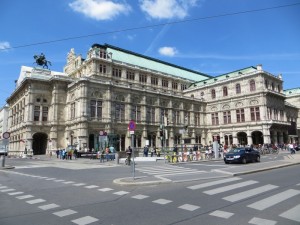 Vienna is one of the most beautiful cities in Europe. Every tour begins at the Opera House – a building severely damaged during the war. Only the main staircase was left standing but it has been rebuilt with care and an incredible eye for detail. 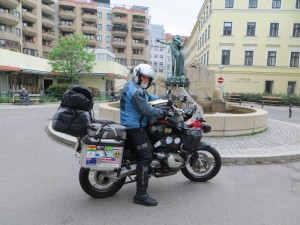 I don’t know how much of Vienna as damaged during the     war but there are magnificent buildings, fountains and statues around every corner. 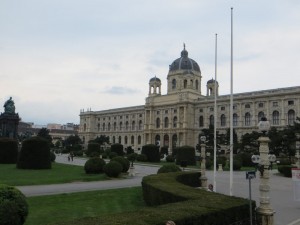 We took a trip along the Danube River and the Danube Canal. Unlike Budapest, Vienna isn’t built along the river because it used to flood. Now redirected and controlled by the canal it’s a lovely river used by the locals for strolling along or just sitting by. 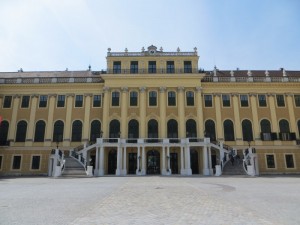 We visited the resplendent Schönbrunn Palace – they certainly knew how to live.

And we spent a delightful evening of Strauss and Mozart at the Kursalon, where Strauss himself played. 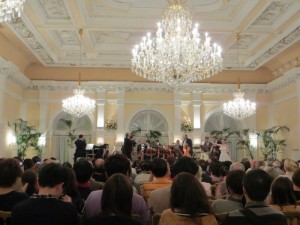 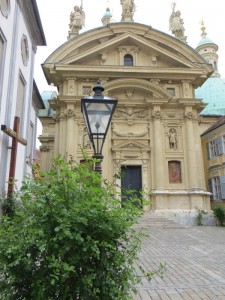 For the May Day long weekend we rode to Graz, Austria’s second largest city. It has, like so many European cities a beguiling old town. 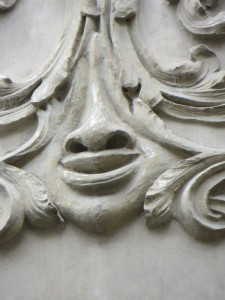 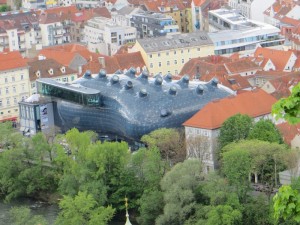 It is also has some amazing modern structures like  the very exotic Kunsthaus. 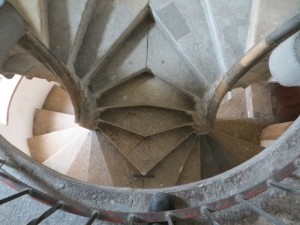 So many of the buildings in the old part of town have courtyards that hide quaint gardens, cafes and restaurants and even a double stone spiral staircase.

One of the drawbacks of being in Europe early in the spring is that some of the roads are closed like the Hochalpenstrasse to Grossglockner here in Austria and the Transfagarasan Road in Romania.