Barcelona – a striking city and a general strike

Barcelona - a great city for a stroll

We arrived in Barcelona on the eve of the November 14 general strike – a part of a European wide action against the austerity measures. Our hotel advised us not to go out but we were not going to be deterred.

The city was certainly quiet with most of the business shut and public transport at a minimum. But this gave us a chance to wander the wide boulevards and photograph the magnificent buildings without hassle. 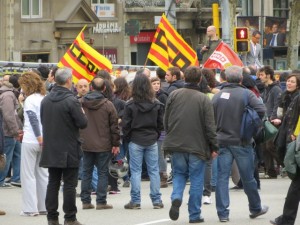 We did encounter some of the demonstrations. There was a fair bit of chanting and some incredibly loud fireworks but we didn’t witness any of the violence of previous strikes in Spain. 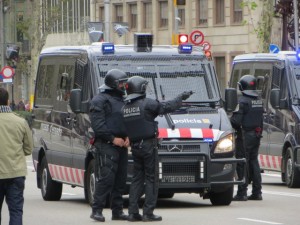 The riot police weren’t far away but they weren’t needed – in Barcelona anyway. 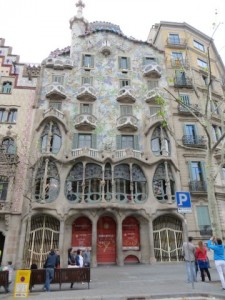 This city is famous for the architect, Antoni Gaudi. Some of his best work is scattered throughout the city. 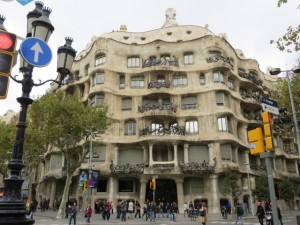 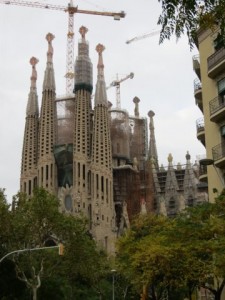 But his most amazing work is the basilica, Sagrada Familia. Begun in 1882 and it’s still not finished – the cranes outside tell that story.

Inside it’s a completely different tale. The majesty of the interior and the beautiful glass is awe inspiring. 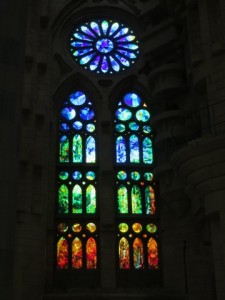 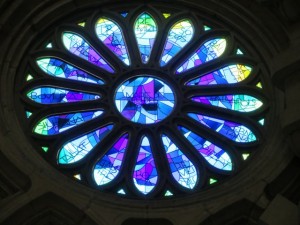 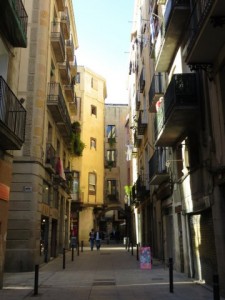 There are so many beautiful buildings in Barcelona along Las Ramblas and down at the port. This makes it the perfect city for a stroll.

Down by the port there are more fine buildings and plenty of restaurants to sit back, do some people watching and enjoy the local seafood.

Barcelona is one of those cities that you leave with a twinge of sadness because you haven’t seen it all. We’ll be back – especially to enjoy Gaudi’s park. 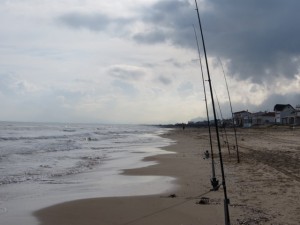 Oliva - even the fishermen had gone to the bar!

We headed to the coast to visit the town of Oliva, where one of Brian’s mate’s families live and run a small bar. The Spaniards know how to slug you on the road tolls – €34.50 for the motorcycle! The expenditure was worth it. The beach town was pretty much deserted, which is just how we like it. 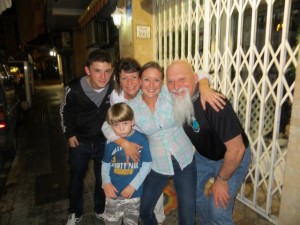 Brian and the Connolly clan

We were able to spend a bit of time with Clare, Amanda and their families. 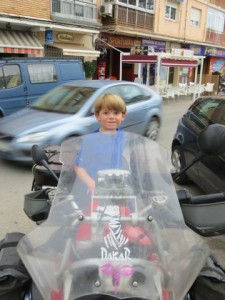 Young Thomas loved the motorbike but seem more impressed with the paper plane Brian made for him!  Thanks everyone – we had a great time!