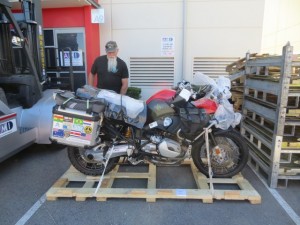 The bike arrives in Perth after passing Quarantine inspection

Excitement levels were peaking when we landed in Perth. 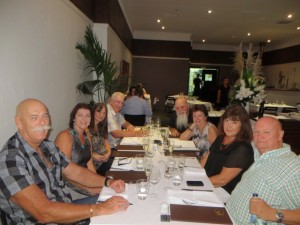 Our old mate, Rex Haw, was there to meet us and we spent the best weekend with good friends Russell and Cathy and Wendy and Merv. We were wined and dined in style but best of all it was marvellous to be back in the company of old friends. 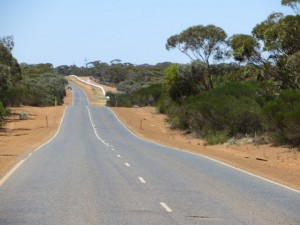 On the road home

Perth is great but we didn’t want to linger longer. Melbourne was just across the country – just 3,500 ks away. We hit the road early to avoid the WA summer heat. Temperatures were going hit the 40s. 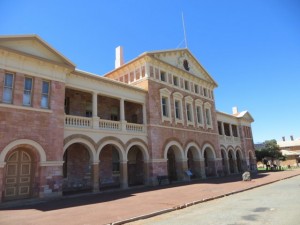 Coolgardie must have been quite a town in its day! 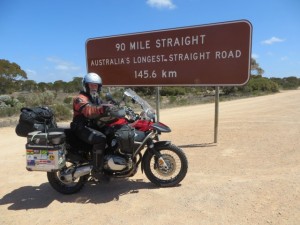 The 90 mile straight - only in Australia

Next stop, after another early start was Caiguna. Each town was just a stopover taking us closer and closer to home. 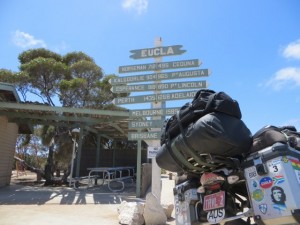 Day three on the road and we arrived in Eucla on the Western Australia/South Australia border. We could see the Great Southern Ocean from our room and ventured down to the beach to see what remains of the old telegraph station.

Not the way we wanted to travel the Nullarbor

Brian noticed that the fuel consumption was way too high, even taking in to account the head wind. The rear wheel wasn’t spinning as it should and the local mechanic confirmed our fears that the rear drive had just about seized. After more than 80,000 ks the bike could go no further.

Thank goodness for RACV Total Care. The auto club sent a tow truck from Adelaide to collect us and take us home. The bike was packed in the back of a purpose built van for the first leg from Eucla to Adelaide (1200 ks). 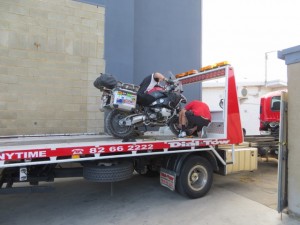 From Adelaide to Melbourne the bike was loaded on to a full-sized tow truck. Sad as this was we were lucky the bike didn’t seize at 100 kph on the highway and spear us off.  We treated this ungainly home coming as just a dress rehearsal.

We ordered the only drive shaft in Australia from Sydney and our good friend Phil Marshall fitted it. 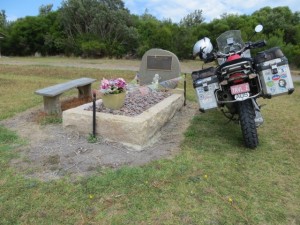 To end this odyssey as we planned, we headed back to Apollo Bay to meet family and friends who had arranged a special home coming.  Brian also wanted to spend some time at the grave side of a friend, another adventurer Paul “possum” Carr a passionate police officer and mountaineer who died on a mountain in Tibet in 2003. 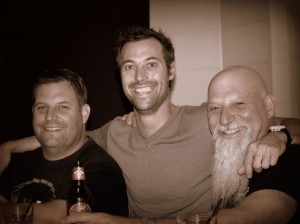 Brian with Stephen and Gavan - a very proud Dad

Time with our five grandchildren, Brian’s sons and their wonderful wives was so special.  The kids even loved Grandpa’s beard! Some friends came down to ride back to Melbourne with us. We shared a great night with family and friends. 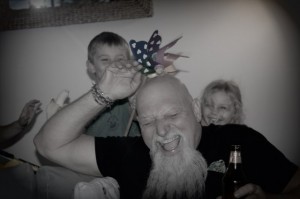 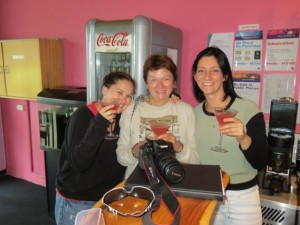 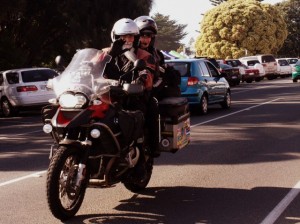 It is 16 months since we left Australia for our two on two wheels adventure. We didn’t quite make it right around the world – thanks to the Arab Spring, which made it too difficult to get through north and central Africa. Despite this – what an achievement… 83,000 ks, 32 countries, six continents (well, the bike didn’t get to Antarctica but we did).