Kazakhstan and Uzbekistan – The Silk Road 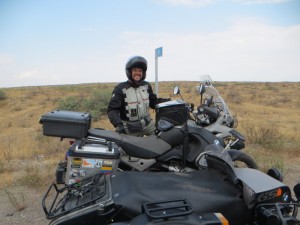 Travelling with Damien Fauchot on his GS 1200 with Ural sidecar, we crossed into Kazakhstan. It was a pretty simple border crossing and we were on our way to Atyrau with a friendly ‘welcome to Kazakhstan’ from the border guards. 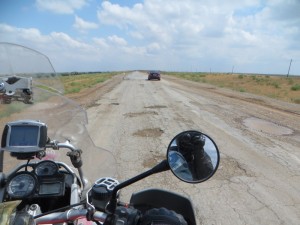 And the roads just got worse

The road was pretty awful with potholes, cracks and huge tracts of sand. 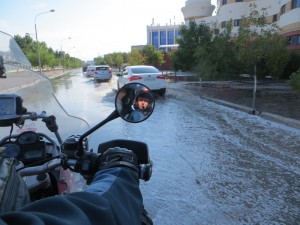 The streets were awash

When we arrived in the city the streets were awash. There’d been a downpour and there are no gutters or drains.   It was an interesting introduction to ‘the Stans’. 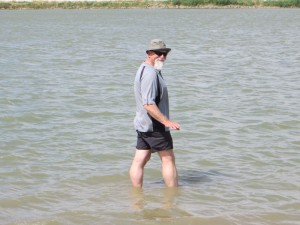 We ended up staying two days here after riding around the city for three hours trying to find an insurance office. Atyrau is on the Ural River so Brian went for a paddle. 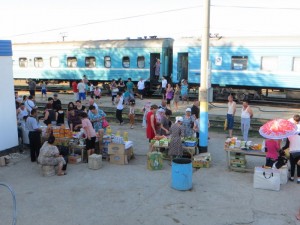 Next stop was the desert town of Beynau, just a stop off point before crossing into Uzbekistan. The highlight of this town was the market set up because a train had rolled into the station.

The 80 ks to the Uzbek border took us just on three hours! It was a shocker.

While the roads didn’t improve in Uzbekistan the towns were a marvel. 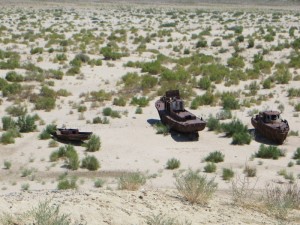 Once a fishing village - now a dust bowl

The Aral Sea used to lap onto the shore at Moynaq. Now it’s a dustbowl with a handful of ships rusting in the sand. The Aral Sea is now more than 120 kilometres away. This environmental disaster is what happens when you just keep pumping water out to grow crops without a thought for the future. 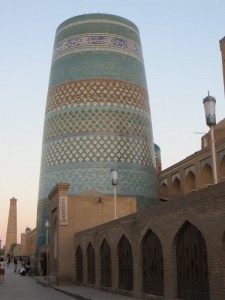 We’re now on the Silk Road and it takes us to Khiva, an ancient city ringed by a huge adobe wall. Inside so much has been restored that it brings the ancient town to life. 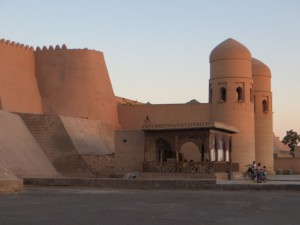 Our guide, Izzat tells us tales of ancient scholars, a wrestler who teaches the leader a thing or two about compassion and life on the Silk Road. 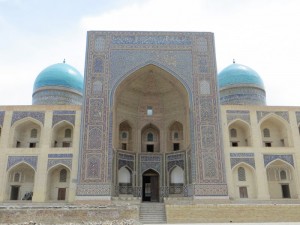 Riding on through the desert we get to Bukhara. With temperatures in the high 30s and low 40s it’s tempting to stay in our air-conditioned hotel room but the beauty of this city draws us out into the heat. 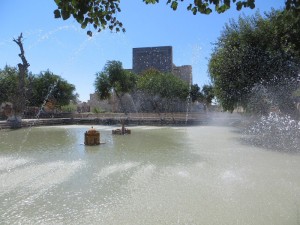 We sit by Lyabi Hauz, a pool dating back to the 1600s in the centre of town with ancient Madrasah at each end. 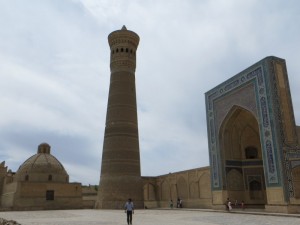 The Kalon Minaret is just spectacular, as is the mosque. 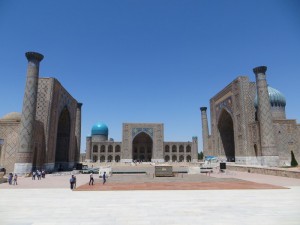 Our next stop on the Silk Road is Samarkand where so many of the ancient monuments have been restored during the Soviet years and more recently. These restorations are helping preserve history with Regastan as its centre piece. 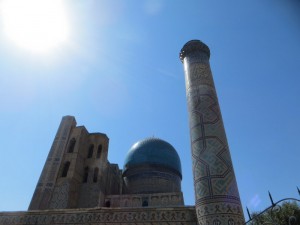 In the old part of Samarkand you can’t turn a corner without seeing a turquoise dome or tiled minaret. 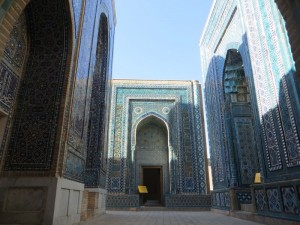 Even the Necropolis is a brilliant sight. 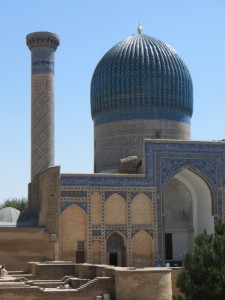 The heat of the desert and the bad roads are forgotten when you walk the streets. Our guide tells us stories of Tamerlane and we visit his mausoleum, one of the most resplendent we have seen. 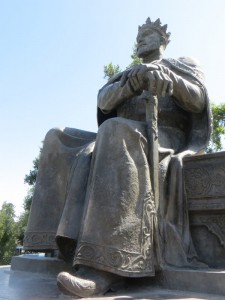 He still looks down on the city he created in the 1300s. 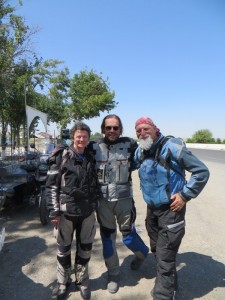 Now we must say goodbye to Damien. He’s heading north and we are going further east to Tajikistan. Hopefully we’ll meet up again in Mongolia in a few weeks.