Nicaragua – Colonial history in the heart of Central America 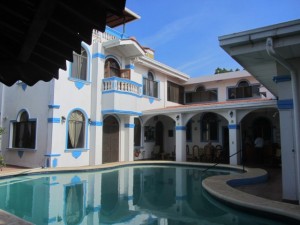 After riding across Costa Rica we hit Granada in Honduras. This colonial town has quaint buildings, cobblestoned streets and is nestled on the banks of Lake Nicaragua. We stay in the Dolphin Guest House. It’s about 15 minutes out of the town but it has a lovely pool which is a must in the heat. 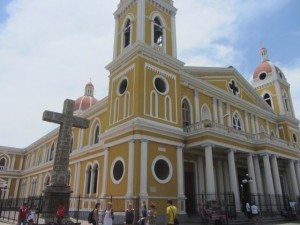 The Cathedral is the heart of Granada

The heart of the town is the square where there are stalls and small cafes. The cathedral is an imposing site overlooking the square.  We visit the church on Easter Sunday. There are none of the parades famous in this part of the world but we hear the congregation singing When the Saints Come Marching In in Spanish – it’s uplifting! 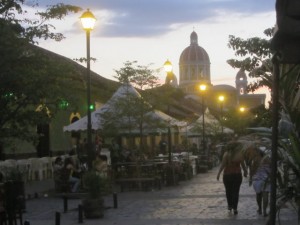 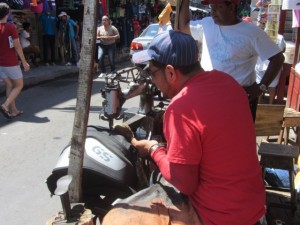 As good as new - if not better!

We need to get some repairs to our luggage and head for the market where we find a boot maker who can replace the zipper in the tank bag and stitch the bottom of one of the pannier bags. The pannier bag is repaired by hand and is probably better than when it started. The Zipper is as good as new and all for less than $20! 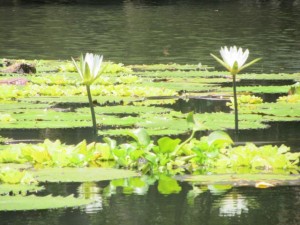 We just love a boat trip and the Lake and its 350 small islands offer a pleasant location to while away a couple of hours.  Some of the islands are restaurants. Some are home to locals who live pretty much as their ancestors did. Others are holiday homes of wealthy locals and Americans – big, classy houses in prime spots. 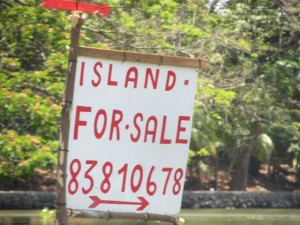 The chance for an 'island change' 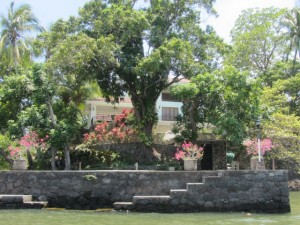 Holiday homes for the rich 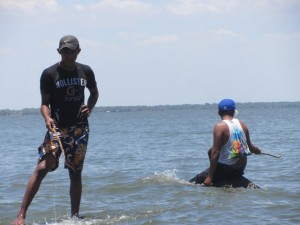 And a home for the locals 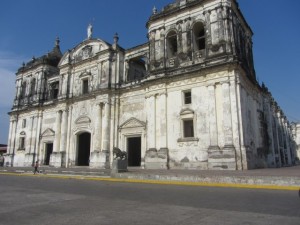 From Granada we head to Leon, which was a stronghold of the Sandinistas during the war against the US backed Contras. Its Cathedral is a mighty stone structure, the biggest in Central America. 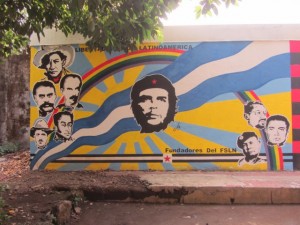 Che is still a hero

And it’s Museum of the Revolution is one of the more interesting. The old building was once a Sandinista headquarters. Today its huge rooms are resplendent with pictures of the revolutionaries. Their poster boy is Che – even though he never came to Nicaragua. 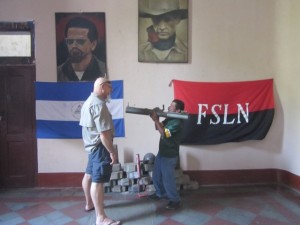 Juan shows Brian how he fought during the revolution

Our guide was a 14-year-old boy during the war. He fought alongside the men and shows us the scars to prove it. His photo hangs on the wall alongside Daniel Ortega who was a hero during the war and now the President of Nicaragua. 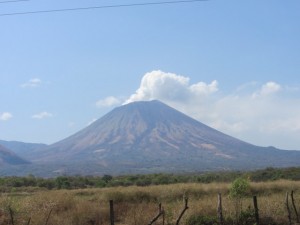 We pass this volcano on the road to Granada

From here we cross into Honduras and spend a night in San Lorenzo and then into El Salvador where we spend two days at the La Libertad beach before heading to Guatemala.