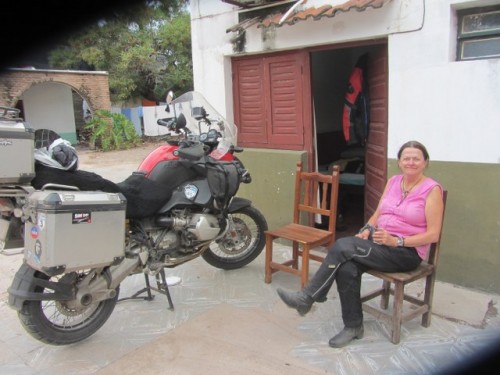 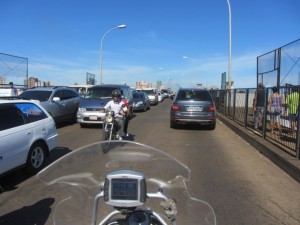 Crossing from Brazil to Paraguay

Paraguay gets a bad rap in the guidebooks as a dangerous country, particularly for tourists.  We decided to head across the country from Brazil to Argentina.  Once we passed through border town of Cuidad del Este, which was a frenetic shopping town with touts trying to step in front of us so we’d use their parking area, Paraguay was a very pleasant surprise.

We rode through  countryside of rolling green hills, small farms and smaller regional communities. The road is good and the drivers OK – only a few want our side of the road. One impatient bus driver nearly takes us out when he overtakes us. Bloody hell.

The closer we get to the capital, Asuncion, the hotter it gets and the worse the traffic gets. The GPS takes us through a market area where madness reigns supreme – it reminds us both of India. It’s a blessing to get to the hotel. 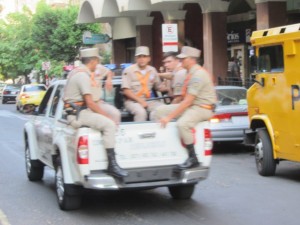 Could these be the vehicle solution they need in Victoria?

We feel safe, but that could be because there is a policeman on just about every corner. They ride around town in the back of utes! And we find that they’ll be riding around on new bikes. We found literally hundreds parked outside police headquarters. “Leopard” motorcycles –Brian has never heard of them! 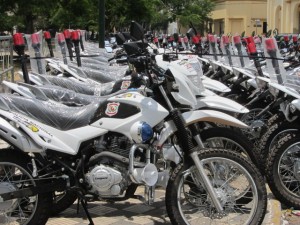 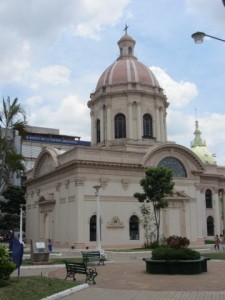 Asuncion is quite a beautiful town with some lovely buildings like the Panteon de los Heroes, the final resting place for many of Paraguay’s war heroes. Visitors are welcome. 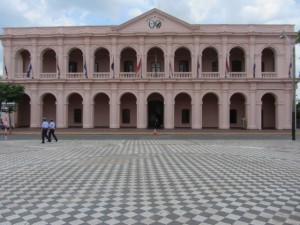 There is the Cabildo which was once the centre of Government. 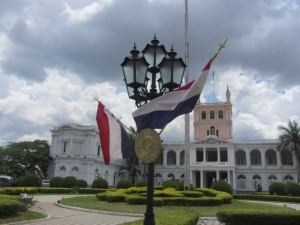 And you can stand outside the Placio de Gobierno without fear of being shot – something that happened to anyone lingering too long in the days of various dictators which wasn’t that long ago.

Paraguay is only a whistle-stop for us. We have Salta in our sights so we head back in to Argentina.

For the first time we are stopped by the police. He’s a friendly bloke and is interested in the bike. When he sees we have been to Brazil he asks for our Yellow Fever certificate. Just as well they weren’t packed at the bottom of a pannier!

Leaving Asuncion we knew it would be a long ride and we wouldn’t make it to Salta in one day. There weren’t many options available for accommodation and we discovered what $US30 will buy in the middle of nowhere – not much…and it was way overpriced! 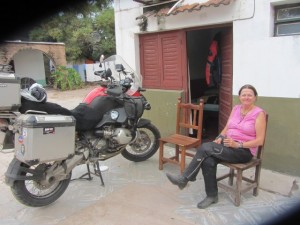