On the the continent – Bruges, Maastricht & the Rhine 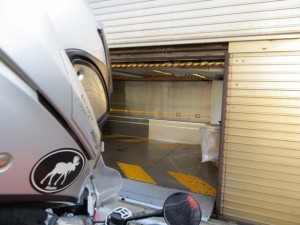 Riding on to the train

The Chunnel train has to be the best form of travel in Europe. We rode the bike on to the train near Dover in the UK. Less than 40 minutes later we rode out in Calais, France. There was snow on the ground in France and we had to ask ourselves if October and November is the best time to visit Europe on a motorcycle! 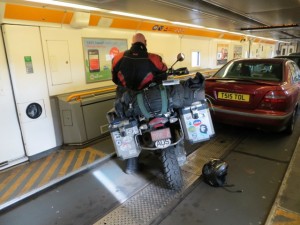 In no time we'll be in France 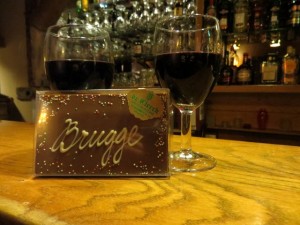 Chocolate and red wine - two of the food groups!

First stop in Europe was the wonderful city of Bruges in Belgium. Famous for its chocolate and beer (and some fine red wine as well), it is a picturesque city with waterways meandering through it.  It was also the setting of a great film, In Bruges, if you haven’t seen it. 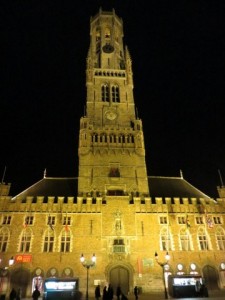 The Market Square at night

The market square, overlooked by the belfry, is a pleasant place to hang out. 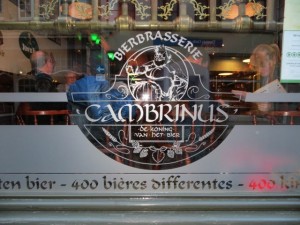 And it’s a good city for wandering the streets and laneways. There are plenty of bars to enjoy the local brews, including one that boasts 400 beers on offer! 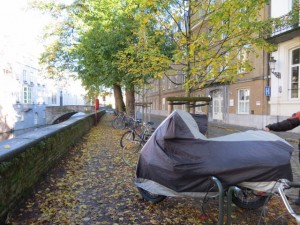 There was no parking at our hotel so the bike spent a couple of days locked up in the bicycle parking area by the side of the canal – as safe as houses! 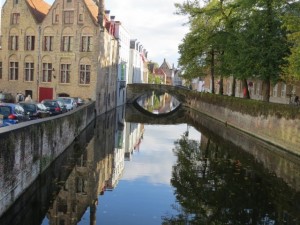 Right outside our hotel - this lovely canal 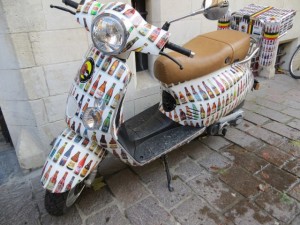 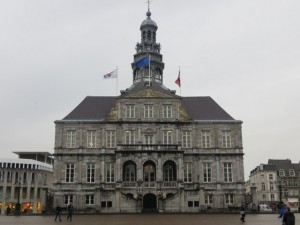 The Town Hall bells - joy to the ears!

On our way to Frankfurt to visit friends, Andre & Tonya, we spent a day in Maastricht in the Netherlands. This is the home of Andre Rieu and the best thing about the town is the town hall bells. The music that rings across the square is joyous, even on a cold, grey day. 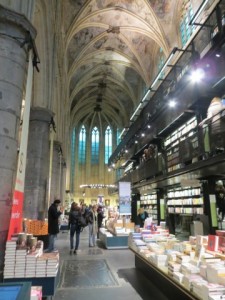 From the outside - a church. Inside - a wonderful bookshop 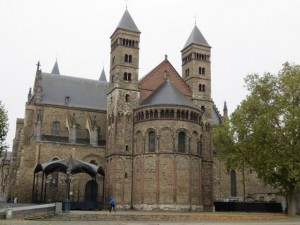 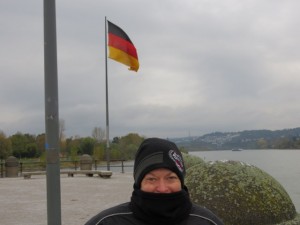 It's chilly where the two rivers meet

Heading in to Germany we hit the road along the Rhine River. At Koblenz you get an insight into how fast the river flows when you see where it joins the Moselle. It’s cold and bleak but we still enjoy the ride along the river – crossing over the river on the car ferries. 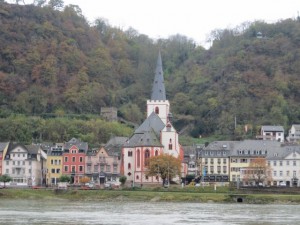 Fairytale towns on the Rhine 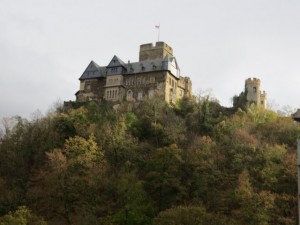 Castles once protected the townships 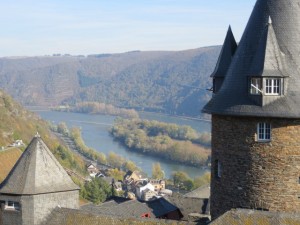 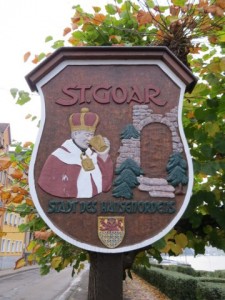 We spend the night in St Goar overlooking the busy river and then criss-cross the river again until we reach Frankfurt.