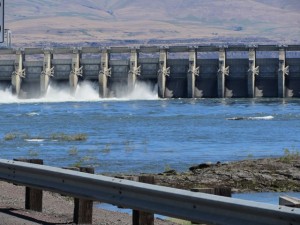 We cross the mighty Columbia River in to Washington State.  The river has been dammed in several spots to control the river flow. This saw the demise of falls that had been the fish grounds of the local first nation residents for centuries. 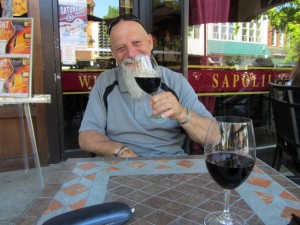 Today the irrigation systems have created a new wine region at Walla Walla. We tried some of the local drop and found it much to our liking. 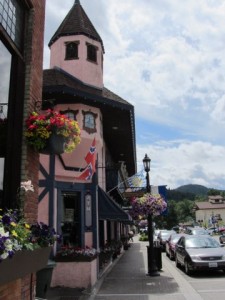 One of the more unusual towns in Washington is Leavenworth – a tiny piece of Germany in the heart of the Cascade Mountains. More like Bavaria than the US you can get a fairly good bratwurst and sauerkraut and the beer isn’t too bad either. 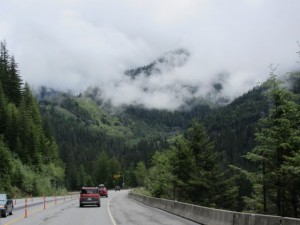 The road out of Leavenworth is amazing. Rather than take the highway out of town to Seattle we took the back road into the mountains. The snow-capped peaks and the trees offered a respite from heat we’d endured over the previous few days.

That weather became a distant memory when we crossed over the Cascades to the Pacific side and entered one of the wettest areas of the country. 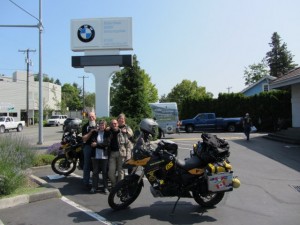 In Seattle we caught up with Jens & Kati, friends we met in Ushuaia at Christmas. They are heading to Alaska and we hope to meet up with them again closer to the Arctic Circle. 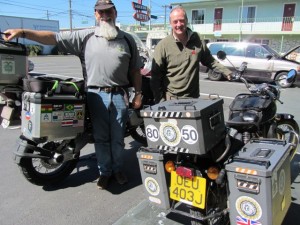 As luck would have it, Harry from the UK rode in to our motel. He is riding around the world on a diesel powered Enfield – check out his story on www.vegibike.com.  It’s  a long, slow trip with a maximum speed of 80 kph! 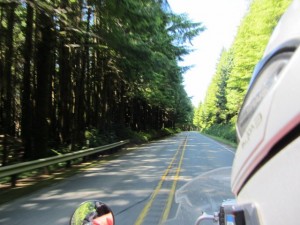 We brought the good weather with us and made the most of a day’s ride around the Olympic Peninsula. Said to be the wettest part of mainland USA we were blessed with clear blue skies and sunshine. The rainfall is such that Stephanie Meyers chose to town of Forks to set her ‘Twilight’ books. The vampires wouldn’t have enjoyed the sunshine and mild temperatures we experienced! 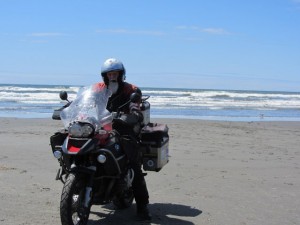 Hope the tide doesn't come in

The roads around the peninsula take us through national forests, past the windswept coast, alongside pristine beaches we could ride on – and did! 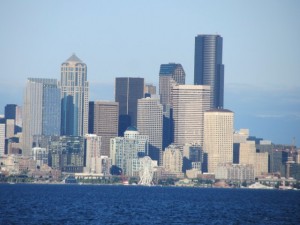 The ferry crossing back to Seattle gives an impressive view of the city. 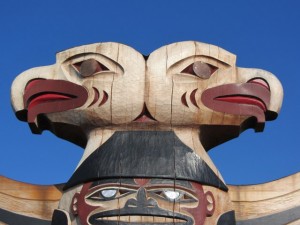 After getting the bike serviced in Seattle we travel back to the Olympic Peninsula for the ferry to Vancouver Island, Canada.

On-to ride to Port Angeles we passed through Suquamish, the home of the local First Nation people. Chief of Seattle, the leader who brokered peace with the white man and is highly regarded by all is buried here. The waters of Puget Sound, the people’s traditional fishing area, lap against the shore where totems stand guard.

Waiting for the ferry we meet up with our old friends Ken & Carol Duval. We hope to ride to Alaska with them.  Next stop – Canada. 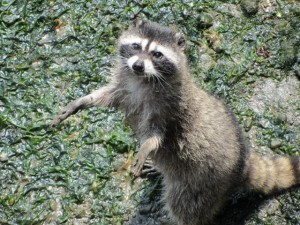