We trickled up the Black Sea coast from Bulgaria to Constanta in Romania. The weather was awful – cold and wet. By the time we crossed in to Romania after a very simple border crossing the rain had stopped but it was bloody cold when we went for a walk along the boardwalk above the Black Sea. 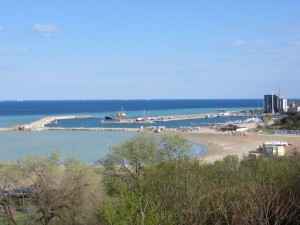 We’d hoped to ride the Transfagarasan Highway but it’s closed – covered in snow and ice. So we stick to the more major roads and head into the Romanian capital. 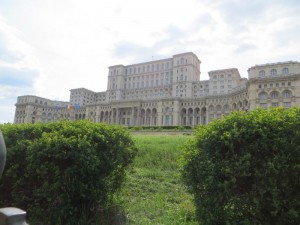 The centre piece of Bucharest is the Parliament Palace, built by the dictator Nicolea Cauesescu at a cost of 3.3 billion euro. He demolished churches, museums, synagogues and the homes of 40,000 people to create this building, the world’s second largest – second only to the Pentagon. When the Communist Party fell in 1989 Nicolae and his wife, Elena were executed. It’s pointed out during a tour of the Parliament that they were the last people executed in Romania. They have now abolished the death penalty. 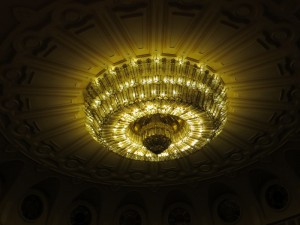 One of the massive chandeliers inside the palace 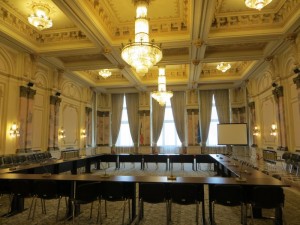 Nothing understated in the Parliament 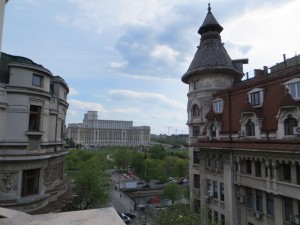 Parliament through the rooftops - the view from our room

Bucharest has a charming ‘old’ city that survived the crazy dictator’s wrecking ball. Cobblestone streets, lined with cafes, bars and restaurants and incredible architecture. It was pretty hard not to get lost, but that is all part of the appeal of the city. 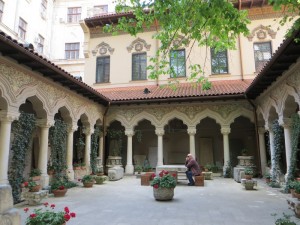 Next stop Brasov, Transylvania. We had to ride through the snow with the temperature down to 2.5 degrees to get there. 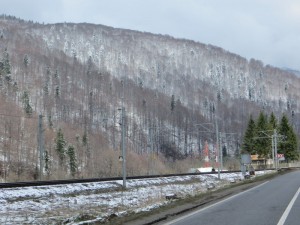 It was worth it to visit Bran Castle where the legend of Dracula was set. The castle stands high above the town and is a rabbit warren of narrow corridors with secret stairways and walkways with breathtaking views. 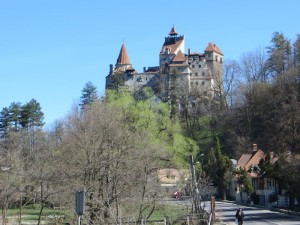 About 30 ks away is the far more stylish Peles Castle. With terraces adorned with statues and 20 buildings on the estate it is a real fairy tale castle. We have to put paper bootees over our shoes and it is illegal to put photos of the interior on the web. 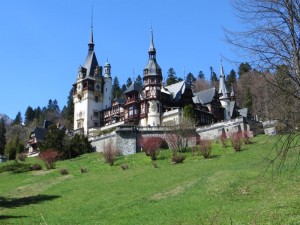 Peles Castle - fit for a princess

The old town of Brasov is as lovely as its larger counterpart in Bucharest. It boasts wonderful buildings, an impressive church and the narrowest street. 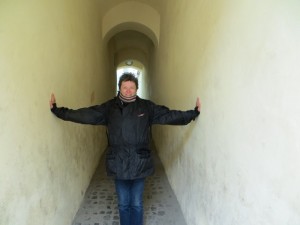 It's a tight squeeze

Just about every town in Romania is blessed with some brilliant buildings, like Oradea where we spent the night before crossing into Hungary. 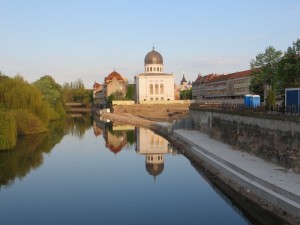