We chose to spend our second Christmas away from home in the cosmopolitan city of Cape Town. Overlooked by Table Mountain, there’s plenty to do to keep us busy. 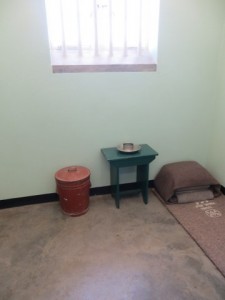 We took a trip to Robben Island, the archaic prison island where Nelson Mandela and the other anti-apartheid political prisoners were held under incredibly harsh conditions. Today the prison is a National Heritage site where former political prisoners conduct the tours. 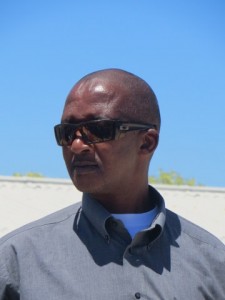 He served eight years for his beliefs

Our guide was held for eight years after being betrayed by a traitor to the ANC cause. Like Nelson Mandela himself, there is no bitterness in the stories we hear – just facts. It is a fascinating story. 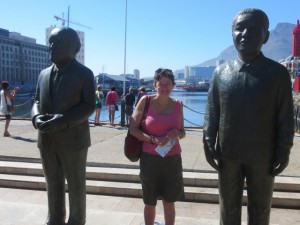 You get to the Island from the Victoria & Albert Waterfront – a fabulous array of shops and restaurants. Here we found Nobel Square – where there are statues of South Africa’s four Nobel Peace Prize winners – Desmond Tutu, Nelson Mandela, FW De Klerk and the lesser known Nikosi Albert Luthuli. 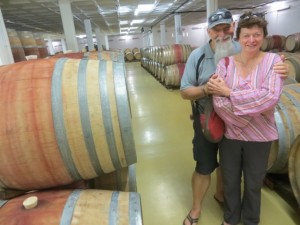 Getting a special bottle for Christmas

Christmas Eve and we visited Stellenbosch, the renowned wine region. We tasted some excellent reds and whites and purchased a couple of good bottles – one for tomorrow and one for another night. 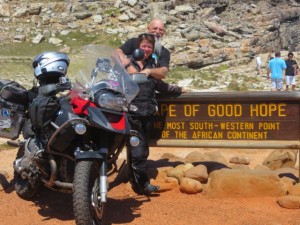 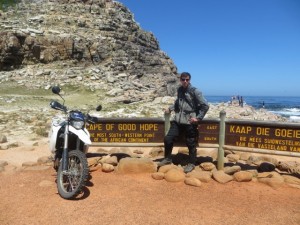 Dave at the Cape 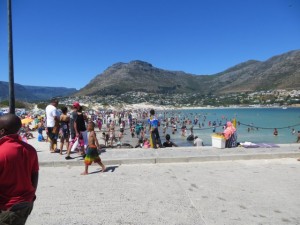 Boxing Day and we catch up with Dave again and ride to Hout Bay. It’s bloody hot and the beaches so crowded you could probably get a piece of water the size of a postage stamp to yourself. We enjoyed a lobster lunch instead of a swim!

December 27 and it’s time to hit the road. There are a few ‘must dos’ on our Southern African list and one is Victoria Falls – a bloody long way away in Zambia. We have several big days ahead of us to get to Botswana, our main stop on the way, where we want to go on safari. A nifty use for 44-gallon drums at Kliphaus

We spent a night at Fraserburg at the Kliphaus Colonial Inn. It was an interesting night talking to the owner, Ronel, about the ‘new’ Africa and some who still yearn for the old times. 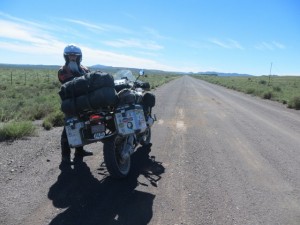 The road out of Fraserburg was dirt – sometimes good… 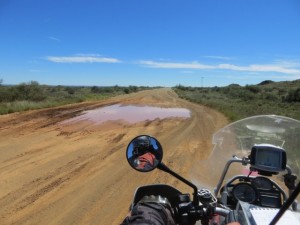 Sometimes not so good... 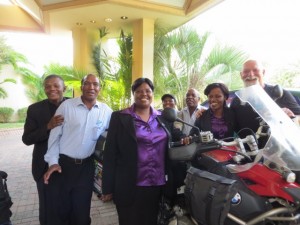 EVeryone wanted to get in on the act

Our last stop in South Africa is Mafikeng where the bike is yet again centre stage.