St Lucia – more animals and a fair bit of rain 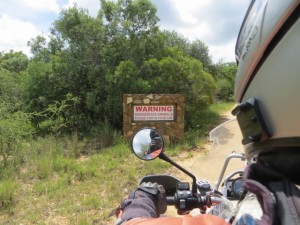 Good advice - if we were in a car!

We leave Kruger in brilliant sunshine and visit the Moholoholo Rehabilitation Centre where they care for injured and orphaned animals including vultures and birds of prey. 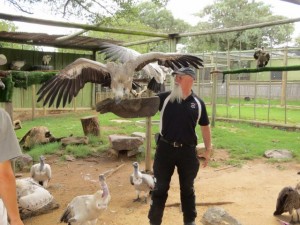 Huge birds that have a place in the food chain

Brian tempted one of these hideous birds onto his arm well protected by a leather glove. 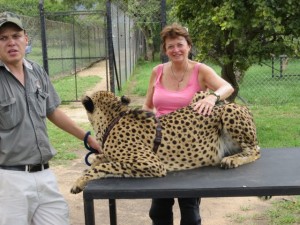 They also have lions that can no longer be released into the wild, a leopard, orphaned rhinos and cheetahs. One of the cheetahs enjoys a pat and purrs with pleasure. She was hand raised and is now an ambassador for her breed. She goes to farmers’ meetings and hunters’ gatherings so they realise that the big cats have a place in the country. What a beauty! 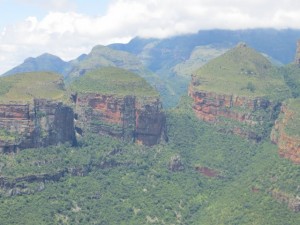 We took the scenic route south through Blyde River Canyon – a beautiful piece of road that passes by some wonderful scenery like the Three Rondavels and the pot holes. 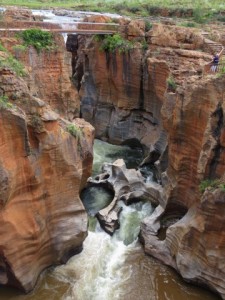 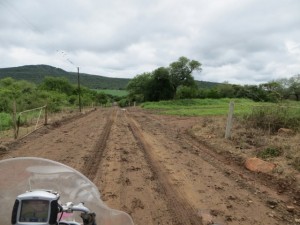 It was a slippery ride back to the road

When we arrived at our guest house in Pongola we didn’t think we’d get the bike out along the dirt road. Luckily the rain eased up overnight and we made it out.

We headed to the Elephant Coast and St Lucia on the edge of the iSimangoliso Wetland and quite close to the Hluhluwe Game Reserve. 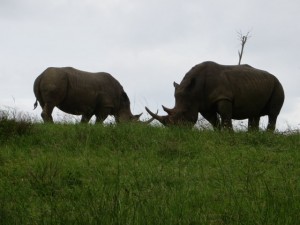 Rhino - we must protect them from the poachers

Our trip to the wetlands was so much more than we expected. There are six rhino in the park – we saw five of them – twice! 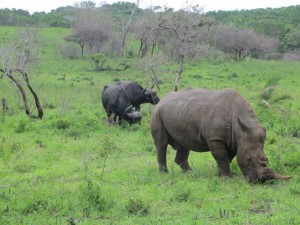 Two of the Big 5 - Rhino and Cape Buffalo

We saw herds of the rather delightful Cape Buffalo and we were even blessed with seeing two of the Big 5 at once – rhino and buffalo in the one photo. Unfortunately the leopards stayed hidden. 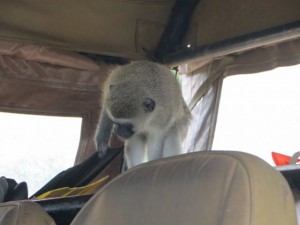 Cheeky monkey checking to see if we had food hidden under the flippers!

The vervet monkeys are very cheeky at Cape Vidal and will pinch your lunch if you don’t keep an eye on them. They checked out the bags in our truck and tried to take a box from the picnic basket. They did get a banana and a bread roll off the bbq! 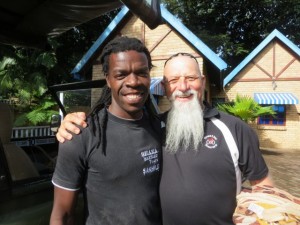 We loved Shakile's dreads and he loved Brian's beard

Our guide, Shakile made sure we had a top day. 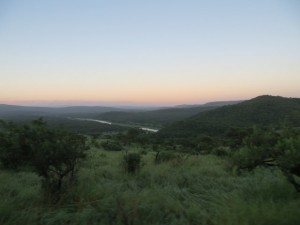 To get to Hluhluwe (pronounced something like schschlouey) for sunrise we were picked up at 4.00 am. It was well worth it. At the gates of this park is a memorial to those who have died trying to protect the animals. On the list is a ranger who was murdered by rhino poachers. 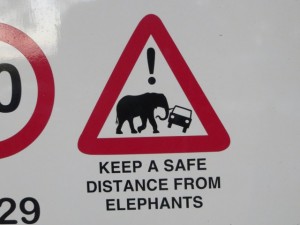 There are also warning signs – stay clear of the elephants. 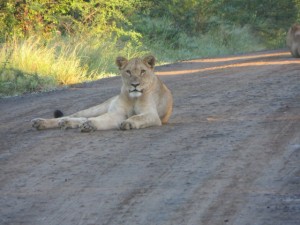 The queen of the jungle

We saw a couple of lions just resting on the road – not fussed that they were blocking the way. 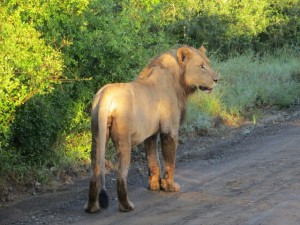 One day he will be king 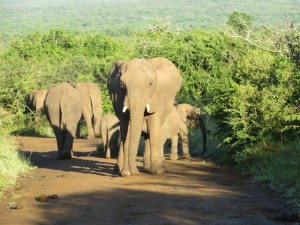 The babies are so cute - and so protected

Just around the corner there was an elephant that was joined by a couple of females with young. All they wanted to do was have their morning meal – which meant they blocked the road. We sat and watched in awe to be this close to so many elephants. 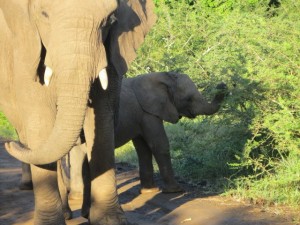 Then the females wanted some privacy. They were becoming agitated – flapping their ears and keeping a watchful eye on the little ones 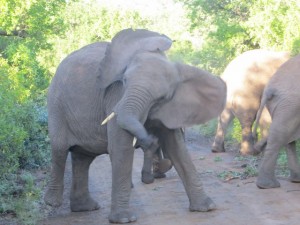 It's quite clear when an elephant is unhappy

Behind us there was a trumpeting. The rest of the herd was behind us and they wanted to join those in front of us. For a few minutes it was a little scary but at the same time amazing. 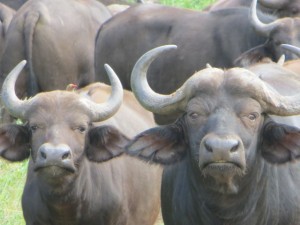 We often feel we are blessed on this trip.  Rhino, buffalo, elephants and lions – yet again the leopard eluded us. 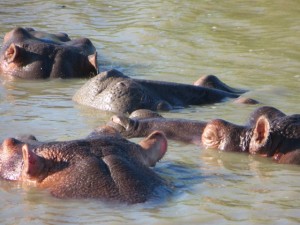 Looks can be deceiving

St Lucia is on the edge of an estuary that is home to hippos and crocs. June at Zulani, our guesthouse, warns us to be careful walking back at night because the hippos come out of the water and graze on the edge of town! 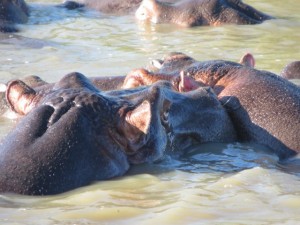 They are big bastards!

They might look cute in the water but they are massive and dangerous. 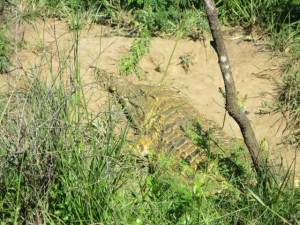 On the sand they are well hidden

The crocs in the estuary are well camouflaged on the water’s edge and graceful in the water…but oh, so ugly and frightening! 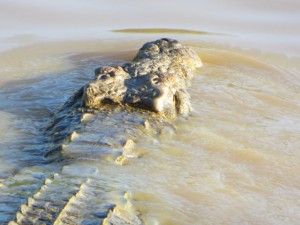 In the water a sleek killing machine!