The rest of Africa 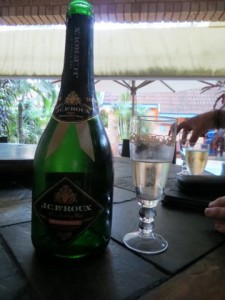 We left St Lucia with sad hearts – we knew it would be the last of our ‘real’ Africa experiences with the incredible animals of this continent. 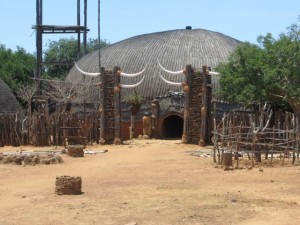 We headed west to the land of the Zulus – first stop Eshowe where we planned to visit Shaka Land. Built as a set for the Shaka Zulu television series, we hoped to experience some of the Zulu culture here. 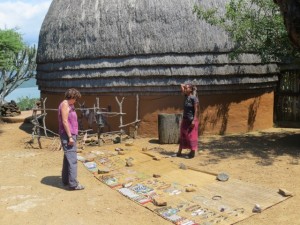 The warriors might have been on strike but Shirley could still shop!

We met the Sangoma, the Zulu healer.  Makohsi took us around some of the outer buildings but it was the Zulu dancing and beer tasting we were really interested in. Unfortunately the Zulu warriors were on strike! Bad relations between the bosses and the workers are not just the purview of the white bosses and workers. 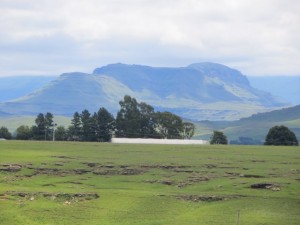 From Eshowe we headed further to the west to the Drakensburg. This fabulous landscape is so beautiful – rolling hills and green pastures. 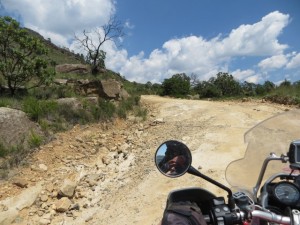 We wanted to ride Sani Pass – the serious 4×4 track that goes from South Africa to Lesotho. 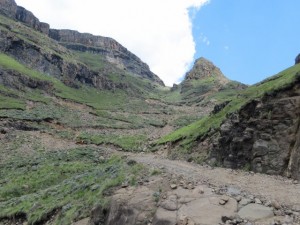 We didn't quite make it to the top!

We got to within a couple of kilometres of the top of the pass but the last stretch was a little too rough for us, following recent downpours. 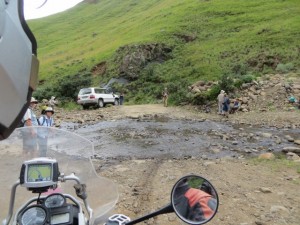 Sani Pass - we were quite a novelty on the road

On the road up and down we were a novelty with people taking photos – including one man who we nearly ran over when we raced through a water crossing. 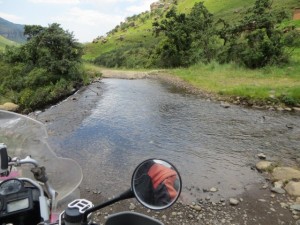 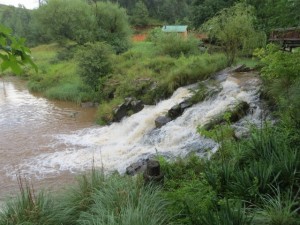 We got back to our hotel at Underberg before the skies opened. The little creek that ran through the property became a raging waterway!

From Underberg we headed south to Margate, a beachside town near Durban. The weather didn’t do us any favours here either, but enjoyed our little sojourn at the seaside.

We headed back to Durban to get the bike serviced and some tyres before we moved back to Johannesburg to fly the bike and ourselves back to Australia! 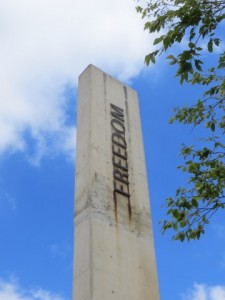 Freedom - a right that was denied many during the Apartheid years

We took time out in Johannesburg to visit the Apartheid Museum. Entering through the ‘white’ and ‘non-white’ gates was just the beginning. This museum gave us a chilling insight in to life in Southern Africa during these repressed years. 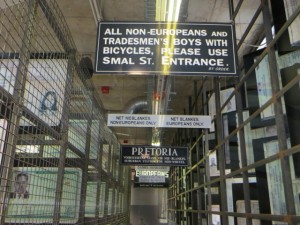 The museum was chilling 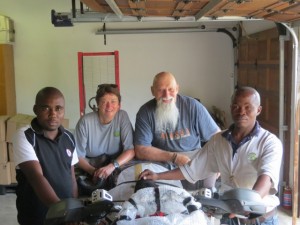 We had some willing helpers to pack the bike

After two months in Southern Africa we packed up the bike, wrapping bits in bubble-wrap and waved it goodbye on a flight to Australia.