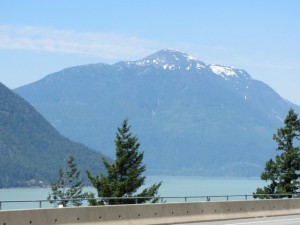 The Sea to Sky Highway

The great scenery continued when we hit the Canadian mainland heading north. There are a couple of routes we could take and we’d been told both were incredibly scenic but we chose to head into the mountains and go through Whistler on the “Sea to Sky Highway”.

The scenery was brilliant – yet again. It seems like around every corner there is another vista to knock your socks off. 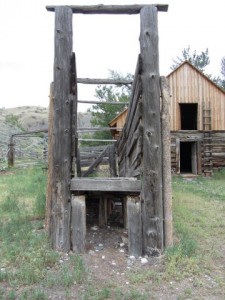 We visited Hut Creek Historic Ranch on our way to meet up with Ken & Carol Duval again at 100 Mile House. 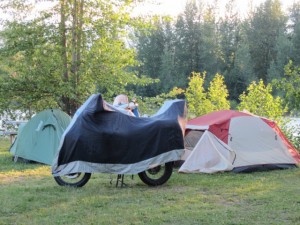 Camp by the river

From 100 Mile House we rode up Highway 16 – also known as Yellowhead – through Prince George and on to Smithers. Our camp by the river under the snow-capped mountains was the perfect jumping off point for our ride into the Canadian wilderness, the Yukon and then on to Alaska. 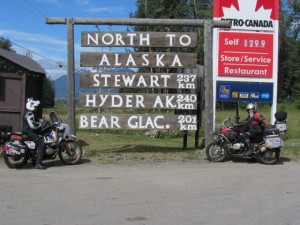 We were expecting our first sightings of bears on the Cassier Highway. We were a bit like school kids (well, Shirley was) when we stopped at the “North to Alaska” sign for the obligatory photo opp.

About  80 kays up the road disaster struck. The rear shock snapped! Bloody hell! Brian managed to bring the bike to a halt without it spearing us off. Yep – we were in trouble. 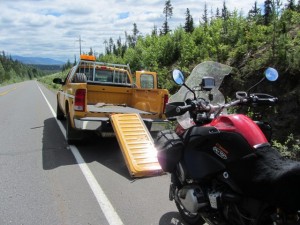 The tailgate comes in to its own

Ken & Carol went ahead to try and get a tow truck. While they were away and we were pondering being stranded on a road in the middle of bear country Sherrie Applegate from the British Columbia Ministry of Transport pulled up. She wrangled a colleague and three road workers, including Wade who could lift the bike on his own, to get it up into her pickup.

Our rescurers from the British Columbia Ministry of Transportation 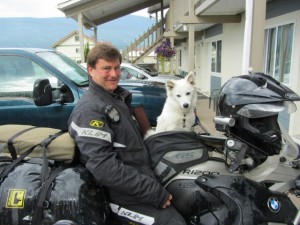 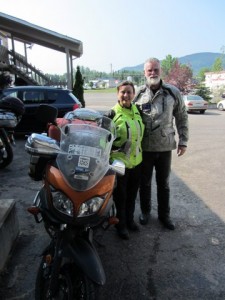 Brian & Val from Adelaide - on their way home from Alaska 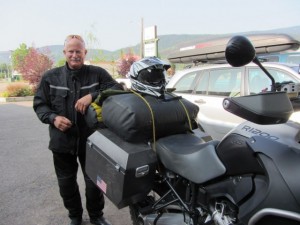 David Hand from Daytona - on his way north

The days just kept mounting up and still no sign of the shock.