Antarctica – a place of peace, science and ice! 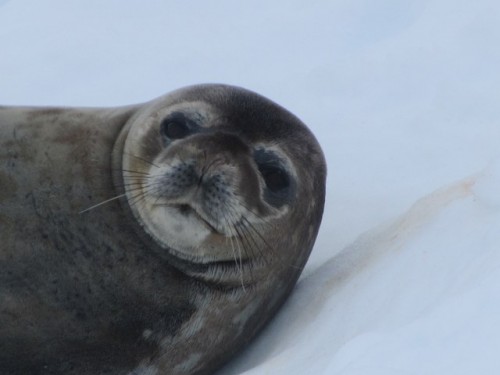 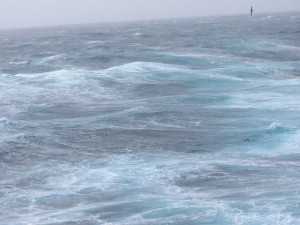 It is hard to put in to words the wonder that is Antarctica. There is ice. There is wildlife. There is crystal clear water. And there is snow and icy winds.

And crossing the Drake Passage there are raging seas of 5 to 6 metres and winds at Force 7 and 8. But it is all worth it when we get to the Seventh Continent– it is more than we expected…much more. 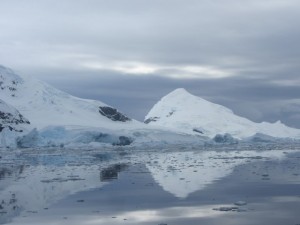 For six days we take two zodiac trips from the MS Expedition. Sometimes we land. Sometimes we just cruise the ice taking in the majesty of the ice and the wildlife that call it home. The colours are amazing – the stark white of the snow, the blue of the icebergs and glaciers, the blackness of the water that conjure up reflections as pure as the landscape. 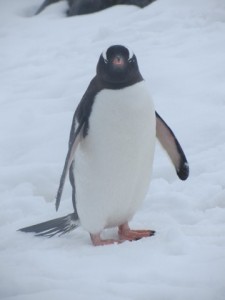 It is the wildlife that captures our hearts – the industrious penguins, the enormous seals, the playful whales and the birds.  They are so well adapted to their environment though.  The little penguins and their rookeries are fascinating in their endeavours to build a nest of rocks, breed, clean themselves and hunt for food.  The way they interact with each other is fascinating to watch.   They breed in prolific numbers, and they have to ensure the survival of their species.  Gentoo, Chinstrap and the ice living Adelies are the main types we see but there are many more in other places. 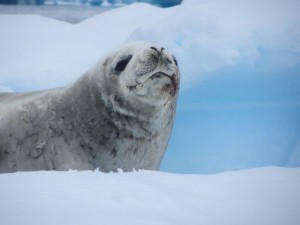 Seals, the swimmers that can achieve unbelievable depths in their search for food – we see them resting on the ice flows, Wedell, Crab Eater, Elephant and the awesome Leopard seal that can rake the flanks of other much smaller seals and consume them if they are too slow.  The Elephant seals look so big and cumbersome on land – their girths spilling over the rocks. 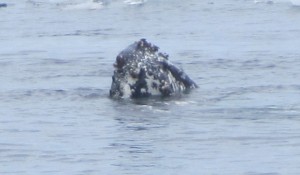 We are fortunate to see Humpback and Minke. Others on our expedition were lucky enough to see Orca whale, but just watching a young humpback playing in the ice close to our ship was awesome. 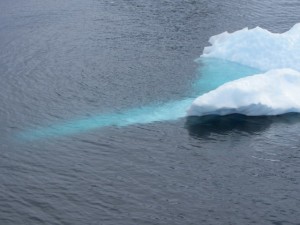 90 % of the iceberg is below the water

Antarctica is about the ice too, and there is plenty of that.  Massive glaciers crawling down to the sea, manufactured by nature over thousands of years only to spill into the Southern ocean and drift off to melt into nothing is they strike the warmer waters of the North.  The brilliant stark whiteness is blinding – literally when the sun peaks through.  The pure blue of some ice is an optical illusion created by the lack of the colour spectrum.  Snow, and plenty of it, falls at any time. Black volcanic spills are uncovered as ‘summer’ melts some of the whiteness just intensifies the starkness. 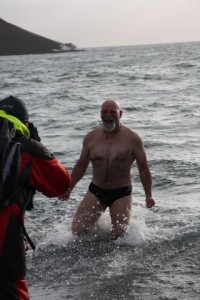 Brian was crazy enough to take the polar plunge in waters that were minus one degree! Shirley was way too smart for that caper.

The constant daylight is hard to get used to but is a part of this unique environment.

We marvel at the sea birds that live out in the open ocean – the mighty albatross that floats along effortlessly riding the winds.  They have been tracked travelling up to 8,000 kilometres – almost unimaginable. Their number dwindling due to man’s carelessness fishing with baited long lines that float for tens of kilometres  – looking like easy prey for a hungry albatross only to be hooked and dragged down to a watery death.   They don’t breed in huge numbers and are heading for extinction.  How can we be so careless, chasing cost efficiencies fishing for our food at the expense of one of nature’s true wonders? 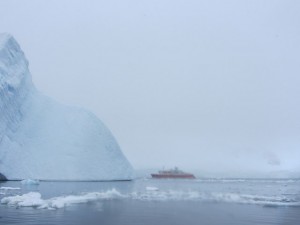 The MS Expedition is dwarfed by the ice

Our ship is not just a means of conveyance, lectures on board by specialists in geology, bird life, whales, seals, Antarctica in general and the history of human exploration, their survival and great determination and of course the tragedies of those that lost their lives to the elements.

Did we love Antarctica – you bet we did!  It brings into perspective that while human beings think they rule they world, the only true king is nature itself and we are at its mercy.