Paris – the city of light delights 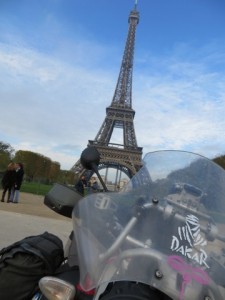 Paris has always been one of our favourite cities in Europe and it never disappoints us. Despite being very cold (single figures most days) and often grey skies it is never dull.  Our hotel is just near the Eifel Tower. There are only a few sights in the world that live up to expectations and this is one of them. No matter how often you see it you are knocked out by its beauty and stature. 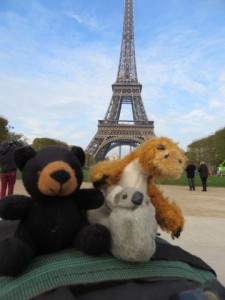 Even our little trio of traveling companions enjoyed visiting the Eifel Tower. 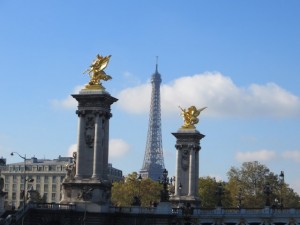 Alexander III from the Seine

No trip to Paris is complete without a trip along the Seine, giving you a ely different perspective of the city. We passed under Shirley’s favourite bridge, the Alexander III. It’s just as beautiful from the river as it is from the roadway. 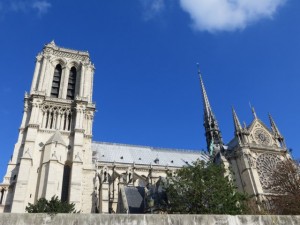 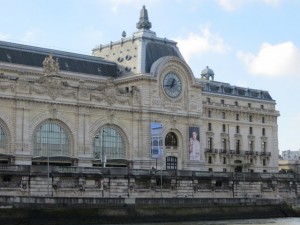 Everything is stunning from the water. 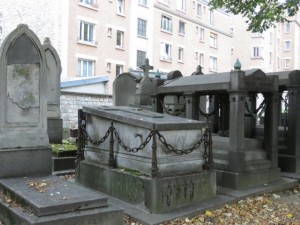 There are so many things to see and do in Paris each time we visit we do something new. This time we visited the Pere Lachaise Cemetery where such luminaries as Oscar Wilde, Balzac, Simone Signoret and Yves Montand and Jim Morrison from the Doors are buried.

It’s a massive cemetery in the heart of Paris and without a map it would be very easy to wander for days and never find the graves of the famous and the infamous.  Just walking through the little pathways, side tracks and roads is fascinating. 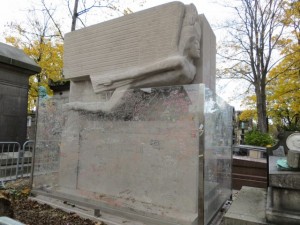 Oscar Wilde's grave is protected by perspex to stop fans kissing it! 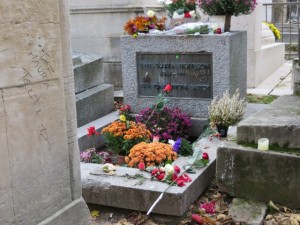 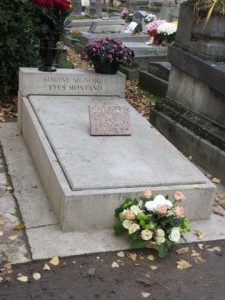 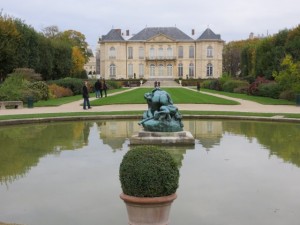 We also visited the Rodin Museum (thanks Tonya for the introduction). Rodin bequeathed all of his major works and his home to the city and people of Paris before his death in the early 20th century. 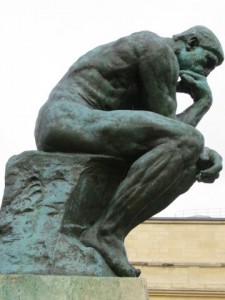 Today the gardens are the home of probably his best known work, The Thinker. 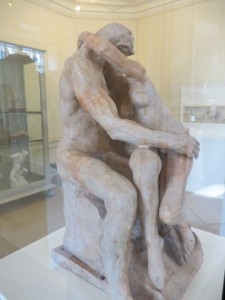 And the museum inside his home is where you find probably his most evocative and sensual work – The Kiss. 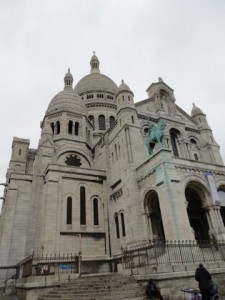 Montmartre was only a short metro ride away. 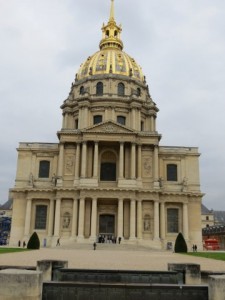 And Hotel des Invalides a short walk from our hotel. 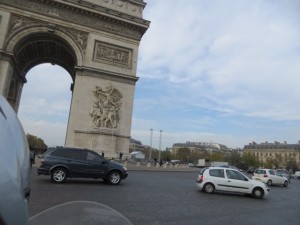 It’s a grand city but we must move on. On the way out of town we took a detour down the Champs Elysees. It was quite a ride in the Parisian traffic! 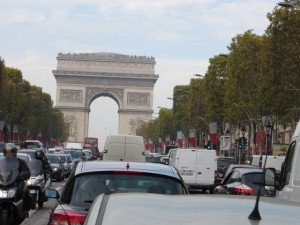